Peter Rowan – Calling You From My Mountain 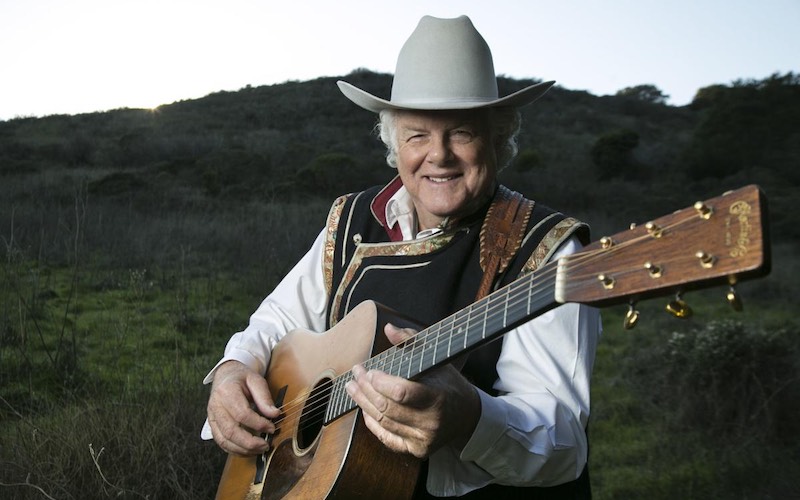 A New Single From Peter Rowan From My Mountain (Calling You)

For over six decades, Grammy-award winning artist Peter Rowan has been at the forefront of acoustic American music, inspiring generations of new musicians and working creatively with the roots of bluegrass, newgrass, Americana, country rock, jazz, even reggae, Hawaiian, and Tejano music. A relentlessly curious, brilliant songwriter, Rowan’s had the kind of career that would give him ample opportunity to kick back and rest on his laurels now, but his new album, Calling You From My Mountain, shows that Rowan’s voice is as vital as ever, fueled by the history of our great traditions and excited for their future. Guest spots on the album from friends like Billy Strings, Shawn Camp, Molly Tuttle, Lindsay Lou, and Mark Howard, not to mention Rowan’s multi-generational band, show that Rowan’s inspiration transcends age. 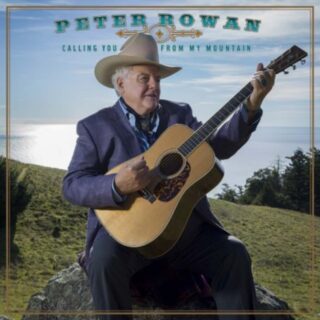 For more than sixty years, Rowan’s been a musical sponge, soaking up ideas and influences from his many travels and his roving search for new traditions, using these sounds to create new songs and new musical genres at will. Though the genesis for Rowan’s new album came from Hank Williams’ Luke the Drifter personality and Rowan’s idea of writing new songs for this character, he quickly spun in other connections, like his longtime interest in Tibetan music and his Buddhist beliefs and practices, or his love of other American roots legends like Ramblin’ Jack Elliott, Lightnin’ Hopkins, Guy Clark, Bill Monroe, and Tex Logan (all of whom Rowan’s played and performed with). Throughout, the music sounds like Rowan himself, a modern day California dharma bum, a man as nourished by a metaphysical interest in the mysteries of the physical universe as he is by the intricacies of handcrafted music making.

When I left Nashville in 1990 the only country music album I had, besides one Ernest Tubb record, was Hank Williams Sings Luke the Drifter. So, I listened to that all the time on my little turntable, and I just loved that Hank had an alternate ego who was himself but the sentimental-songs-with-a-message side – Peter Rowan.

Rowan wrote an entire album of songs inspired by Luke the Drifter, but before he could travel to Nashville to record it, the pandemic hit and plans changed. Instead, Rowan stayed at home, looking out over the California coastal landscape and canyons around him, just playing and trying out old favourite songs. As singing the old songs brought forth ideas for new songs, Rowan built the groundwork for his new album and managed to keep some of Luke the
Drifter’s spirit alive.

I included one of the songs I wrote from the Luke the Drifter album, Dream of Heaven. By doing that, I started to find my own voice again as to what I really wanted to say on this record. The companion song to that is The Red, the White and the Blue”, where I wrote I remember, I remember, I remember you / The red, the white and the blue which to me is like a Carter Family type of approach with
Molly Tuttle singing the harmony and playing banjo and Shawn Camp on guitar – Peter Rowan.

With Rowan’s characteristic thoughtfulness, he transforms a patriotic refrain into a subtle and heartfelt anti-war statement.

As one of Monroe’s Blue Grass Boys, Rowan’s in a unique place to evaluate the master’s musical intentions, and after all these years he’s beginning to understand what Monroe saw in him.

I think as a man in his 50s looking at a 22 year old kid, he saw me, he saw who I was before I did. He’d always yell at me on stage “Sing it like Pete Rowan!” He always wanted the individuality to come out – Peter Rowan.

Now, Rowan’s in a similar position that Monroe was when he took Rowan on. That’s why it matters that Rowan’s new album features young roots music luminaries like Tuttle and Strings and Rowan’s own band features younger players like Chris Henry on mandolin, Max Wareham on banjo, Julian Pinelli on fiddle, and Eric Thorin on acoustic bass.

I’ve got a young band, it’s fabulous. They’re bursting with ideas. They’re in their years of inspiration. They’re really quick learners and their ears are wide open because this generation is built on everything we did, dare I say, all those years ago – Peter Rowan.

For any great artist, live performance is the heart of their love for the music, and for Peter Rowan, the pandemic’s kept him back from the kind of live music making that he thrives on and that defines bluegrass and its many offshoots. With stages opening up again, the real meaning of his new album is becoming clear. Rowan’s still up on his mountain, still living a life looking to the celestial heavens and wondering, and when he calls us to come and learn, we’d do well to listen.

You can listen to the new single in the video panel below: