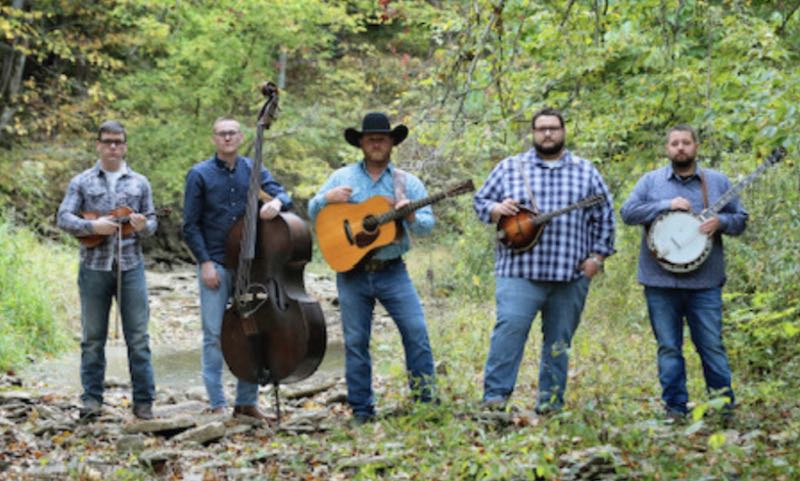 The Caleb Daugherty Band brings sheer Bluegrass joy to Aubrey Holt’s (The Boys From Indiana), Daylight’s Burning. This new single is alive with energy and features interactive pickin’ twixt banjo and fiddle and strong and expressive vocals. The track kicks off with a banjo and fiddle intro that sets the stage for a good old-fashioned hootenanny of a time, highlighted by special guest Ron Stewart’s fiddle. 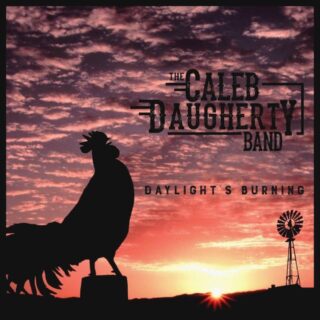 Today my thoughts took me back in time
To a hillside farm on the county line
It seems just like it was yesterday
And I seem to hear my mother say
Hurry up kids get out of that bed
We’ve got a cow to milk and hogs to be fed
Chickens cackling out in the yard
It’s a brand new day, we gotta hit it hard (A. Holt)

We were listening to some of our favorite albums, looking for songs to cut. We must have played this half a dozen times or more – over and over. It just brought back a flood of childhood memories for us, and I hope it hits other folks that way. It’s a nostalgic song but it’s a positive one and that’s a good thing to focus on right now – Caleb Daugherty.

The single premiered on The Country Note earlier this week; fans can download the track download the track here and radio programmers can access the tune via AirPlay Direct. Daylight’s Burning was produced by the band for KDM Records.

Praise for the quintet is coming in from all quarters, including radio:

Caleb sings with the same sense of honesty and sincerity that Aubrey Holt wrote his songs with, and his rich voice matched with this masterpiece is a perfect combination – Daniel Mullins of Real Roots Radio.

…their music is “much in the style of J.D. Crowe & The New South –The Grascals’ Danny Roberts.

Caleb sings straight from the heart and has a voice as big as an Indiana cornfield – Kenny & Amanda Smith.

About The Caleb Daugherty Band:

The Caleb Daugherty Band has emerged as one of the most promising groups on the acoustic festival scene. Blessed with an expressive and resonant baritone, Daugherty was born and raised near Connersville, Indiana, and still calls it home. He grew up playing in his family’s band and cites his father, grandfather, and great-grandfather for his love of Bluegrass and Country music.

Daugherty’s career highlights include performing at an all-star tribute to Keith Whitley in Nashville and playing guitar with Rhonda Vincent at the Grand Ole Opry. Additional members of The Caleb Daugherty Band, who also live in Indiana, include Zion Napier on mandolin, Kyle Clerkin on banjo, Zach Collier on bass, and Kyle Ramey on fiddle. The group’s single, Daylight’s Burning, follows their well-received 2019 album, Burnt The Sawmill Down.