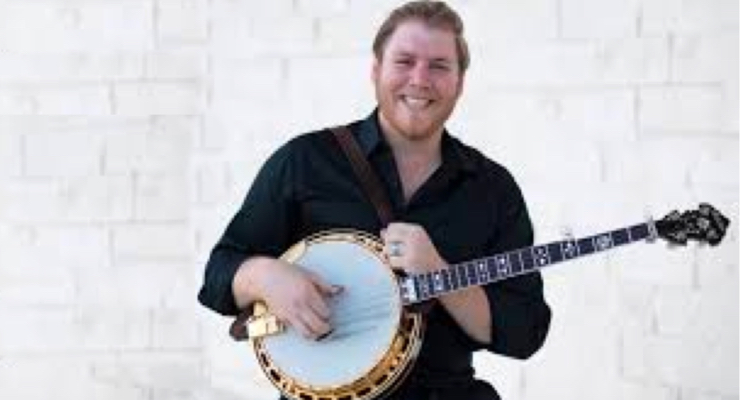 Engelhardt Music Group has released the lead single from the forthcoming solo project from notable and highly respected banjo player, Russ Carson of Kentucky Thunder note. The vibrant version of Bugle Call Rag holds a special meaning for Carson from his days growing up and developing his love for bluegrass and banjo music.

While I was growing up my father always recorded music programs off of the various shows on TNN. The main tape that I remember is where I first saw and fell in love with the playing of J.D. Crowe. He played with the Rounder Album Band and their cut of “Bugle Call Rag” made a vast and lasting impression on me – Russ Carson. 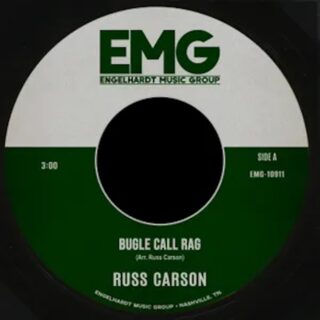 The list of band members playing on the project with Russ is impressive as well, making it all the more exciting to launch this dynamic musical production. The line up includes: Russ Carson on banjo; Aaron Ramsey on mandolin; Stuart Duncan on fiddle; Mike Bub on bass and Jake Workman on guitar.

This is an amazingly exciting collaboration of some of the genre’s top musicians and vocalists. Some of these guys I’ve been honored to play with for years; others are artists I’ve dreamed of working with. We’ve cut some traditionals, some originals, and some fantastic songs that have been forgotten for 20+ years. It’s taken five years for this project to become a reality, and the creative powerhouse that came together to make this happen, along with the intent to honor those we’ve lost along the way is what kept this dream alive – Russ Carson.

Fans can purchase or stream the tune at any of their favourite online distributors.

Since the age of ten, Russ Carson’s approach to music has been built on preserving its heritage by injecting the passion of a new generation into it. Watching his father build banjos and play old-time fiddle and banjo launched him into a life-long pursuit of studying, performing and recording bluegrass music with artists such as Gold Heart, Audie Blaylock and Redline, Del & Ronnie McCoury, Bobby Osborne, Carl Jackson, Glen Duncan, Lou Reid and many others. As a member of Ricky Skaggs’ legendary band Kentucky Thunder, Russ is driven by a charge to “honor thy music” and prove that the banjo is worthy of being given the chance to shine as a soloist with as much timing, tone, and taste as is required from a fiddle, mandolin or guitar.