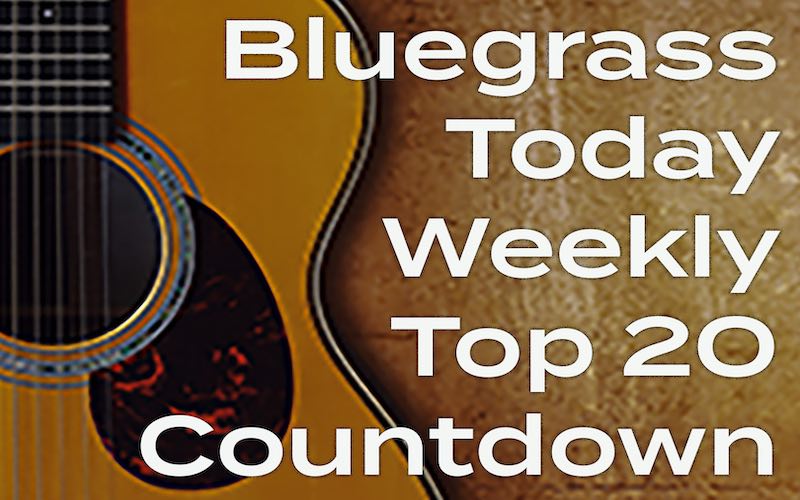 With the goal of extending the world-wide audience reach for bluegrass music, Australia’s Michael Kear and Hawaii’s Caroline Wright have come together to co-produce and co-host a new podcast, The Bluegrass Today Weekly Top 20 Countdown.

Because I’m producing this program in Australia, where our licensing laws are different, we can include each of the Top 20 songs in their entirety every week, which is really thrilling and unique – Mike Kear.

Bluegrass Today is an invaluable, vibrant online resource for bluegrass news, reviews, profiles, connections  and compiles the Weekly Bluegrass Top 20 airplay charts. Compiled from actual airplay data logged and reported by contributing bluegrass DJs, the charts reflect airplay on satellite and terrestrial radio. The top 20 list features songs that are less than 18 months from original release date. The podcast counts down the Bluegrass Today’s Bluegrass Weekly Top 20 Chart, some of the weekly Grassicana chart, and some of the weekly Gospel Chart. 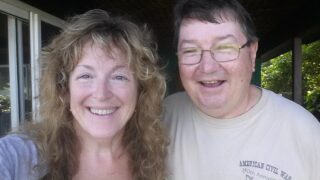 The Top 20 is posted on Bluegrass Today’s website each Friday, Listeners can tune into the podcast Sunday morning, just two days later, and hear every complete hit as we count them down, reminiscent of the seminal work of the late Casey Kasem.

Each episode of the Bluegrass Today Weekly Top 20 Countdown will include conversations, anecdotes, and music from artists and listeners around the globe, with the very specific goal of expanding the worldwide audience for bluegrass music. Featured segments will vary from week to week and may include:

Kear’s Music From Foggy Hollow, a five-hour bluegrass radio show was launched on Hawkesbury Radio in Sydney, Australia back in 2000. An edited version began airing on BluegrassCountry.org in Washington DC that same year.

Caroline Wright is co-author of Still Inside: The Tony Rice Story, a former editor of Bluegrass Now magazine, and founder of Bluegrass Hawaii, Traditional & Bluegrass Music Society a non-profit dedicated to the promotion of traditional acoustic and bluegrass music in the Aloha State. Caroline Wright lives on the Big Island of Hawaii

Caroline Wright Comments on the Project:

I’m really delighted about working on this podcast with Mike, who is practically my “oldest” Internet pal. We first connected in 1996 or so through the old bgrass-L listserv, sort of a bluegrass email community, and right away I found him to be a wonderful bluegrass pal. Mike helped me build an online portfolio for my journalism, and he also helped me build a website for Bluegrass Hawaii, the non-profit association I founded here in the Aloha State back in 2003. He still hosts bluegrasshawaii.com on his servers in Australia.

In 2015, in appreciation for all he’s done for our association over the years, the board of directors brought him over to Hawaii for Bluegrass in the Ko‘olau, our little mini-festival on O‘ahu. It was so much fun and such an honor to meet him in person at last!

And I’m deeply honored that Mike invited me to come along on this new podcast adventure. Being able to hear an entire song on a podcast is something really special for us Yanks, because of our laws here. Mike’s idea — a countdown of the Bluegrass Today Weekly Top 20, all the way to Number One — echoes Casey Kasem’s American Top 40, which is so much fun. We’re going to have some pretty cool features and segments, and we’re going to do our best to draw folks in from all over the globe — not just pickers, but grinners, too! Yep, we’ll occasionally interview people who have somehow been deeply involved in bluegrass, as professionals or even as super-fans.

I grew up in a pretty close-knit bluegrass community in the Adirondack mountains in upstate New York, and sometimes I feel like everybody on the planet who has more than a passing familiarity with the Stanley Brothers must be part of my extended family. So, my Australian cousins, thank you so much for your interest. We’d like to invite all y’all to listen to our podcast on iHeart radio, Apple/iTunes, Amazon Music, Player FM, Audible, and other platforms – Caroline Wright.

Also, please visit our Facebook group page at Facebook page and look for our website (still under construction) at bttop20.com. More information about the Bluegrass Today Weekly Top 20 Countdown may be found at website.