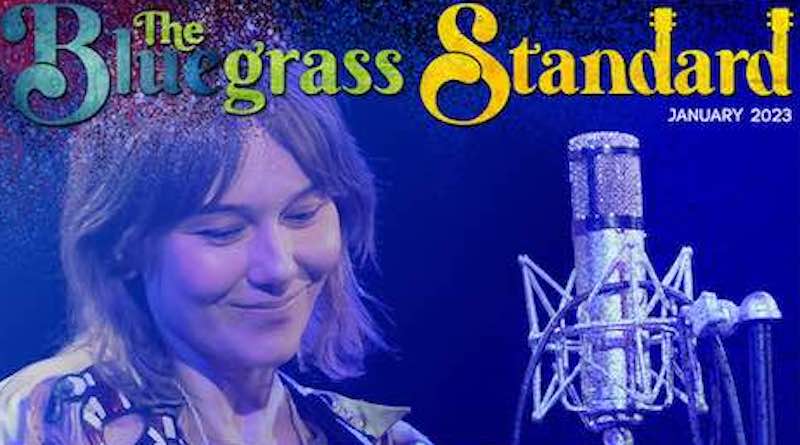 The Bluegrass Standard Magazine dedicate the first 2023 issue to the Women of Bluegrass.

While this issue isn’t the only issue highlighting female artists, but is the one that sets them apart to celebrate their contributions to the music industry while tackling and overcoming obstacles on an uneven playing field.

Who better to represent Women of Bluegrass on the January 2023 cover than Molly Tuttle, whose awards keep stacking up and music keeps rising on the charts? Irene Kelley shares her songwriting success and news about her upcoming bluegrass album release, and two-time National Buck Dancing champion Hillary Klug explains her simultaneous fiddling, dancing, and singing. 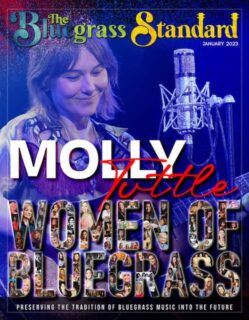 Be inspired by violinist/disability rights activist Gaelynn Lea’s story and mission to ensure diversity in the music industry and by flatpicking guitarist Rebecca Frazier who blazed a trail for women as the first woman ever featured on the Flatpicking Guitar Magazine cover. Cristina Vane is blazing another trail with her multidimensional, authentic clawhammer banjo and resonator slide blues, rock, and old-time music.

Read why radio host Sully Rogers’s love for music still drives her and how tomorrow’s Bluegrass star Amelia Brown is rapidly discovering her style as a future Woman of Bluegrass. Lastly, leading female chefs in Appalachian cuisine show how their place of discovery, creativity, and success is the kitchen! Welcome to 2023.

Enjoy the read – The Bluegrass Standard.