Bluegrass Nights at the Ryman Series 2017 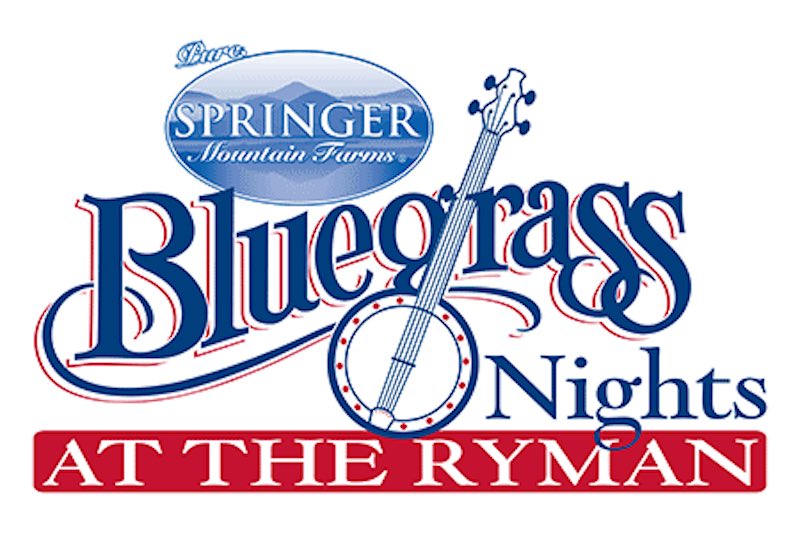 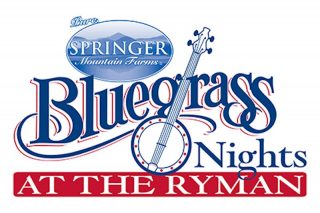 If you are in the Nashville area this month of next you may take advantage of this announcement:

We are excited to continue such a longstanding partnership with the Ryman. There is no better place to enjoy bluegrass than the very place it was born, the historic Ryman Auditorium. I am proud that Springer Mountain Farms® has been part of this rich musical tradition – Gus Arrendale, president of Springer Mountain Farms.

Tickets are on sale now for $29.50 at the Ryman box office or by calling (615) 458-BLUE and online here. The series will kick off on Thursday, June 22 and continue every Thursday evening through the month of July. All shows begin at 7:30 pm and are preceded by 650 AM WSM’s free showcase, “Pickin’ on the Plaza,” featuring regional bluegrass bands from 6:00 pm to 6:45 pm on the Ryman Plaza.

Fans can arrive early to the enjoy dinner at the Ryman’s eatery and bar, Cafe Lula which always features Springer Mountain Farms signature fresh chicken as well as other tasty entrées and fresh baked goods.

Springer Mountain Farms is a family owned business that has been raising chickens for over 40 years. Years ago in the hills of Northeast Georgia our founders started selling chickens in the back room of their grocery store. They built the company on strong values and kindred relationships within the farming community, and all of the farmers, with up to forty years of experience and third generation families, take great pride in what they do to raise the finest chicken on the market today. Over the years, through studying and learning about the benefits of better animal care, better living conditions, and more stringent biosecurity practices, Springer Mountain Farms became the first poultry producer in the world to gain the endorsement of American Humane Association under their American Humane Certified program. We exercise great care in all that we do, and we know you’ll be able to taste the difference. “Great Care. Great Taste.”

A National Historic Landmark, Ryman Auditorium was built as a tabernacle by Captain Thomas G. Ryman in 1892, served as the home of the Grand Ole Opry from 1943-74, and was completely renovated in 1994. The Ryman is open for tours during the day and at night offers a wide variety of entertainment performances, just has it has for over 120 years. The venue was voted the 2010, 2011, 2012, 2013, 2014 and 2015 Pollstar Theatre of the Year. Ryman Auditorium is owned by Ryman Hospitality Properties, Inc. (NYSE: RHP), a Nashville-based REIT that also owns and operates the Grand Ole Opry, and 650 AM WSM.