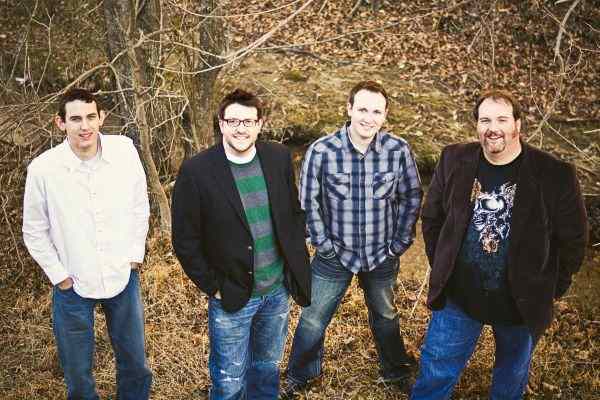 Rural Rhythm Records has announced Blue Moon Rising’s new single, Time To Be Movin’ On, from their hit album, Strange New World is once again topping the charts.  The song hit #1 last month on Bluegrass Music Profiles Top 30 Hot Singles chart, and moves up to #5 this month on Bluegrass Unlimited Magazine’s (BU) Top 30 Songs.  The album jumped up another notch this month on the BU Top 15 Album chart. This is not the first #1 for the band as they reached that top spot numerous times on the Roots Music Report Top 50 Bluegrass Albums and also on Sirius XM Radio’s Bluegrass Junction Top 40 Songs.

Not only is the group hitting the airwaves, but they can also be seen and heard in an upcoming short film titled, Mad Dog about a rabies epidemic in the Appalachian Mountains during the 1930’s.  Band members, Brandon Bostic and Tony Mowell make their film debut along with Blue Moon Rising providing the soundtrack for the flick.  The band will soon post updates on the film at their website.

Blue Moon Rising has been chosen as an official 2011 International Bluegrass Music Association Showcase Artist and will perform during the IBMA World of Bluegrass convention to be held in Nashville this September.  The band appears on the 2nd round IBMA awards ballot as candidates for nomination as Vocal Group of the Year, Instrumental Group of the Year and Album of the Year (STRANGE NEW WORLD) categories.  In 2006, Blue Moon Rising received a nomination as the IBMA Emerging Artist of the Year.

The band just welcomed new member, Kris Rasnake on banjo.  Kris hails from southwestern Virginia and received his first professional banjo gig with one of his heroes, the legendary Larry Sparks. Later in 2001, Kris spent some time with Ernie Thacker and Rt. 23.