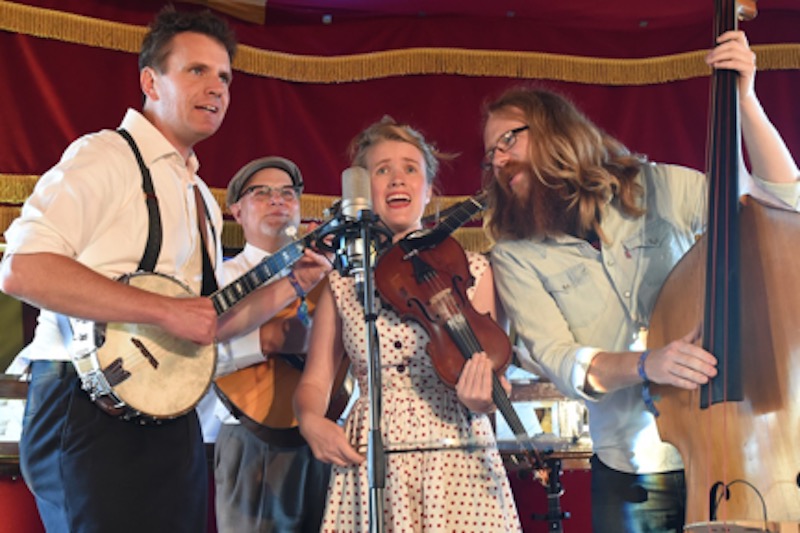 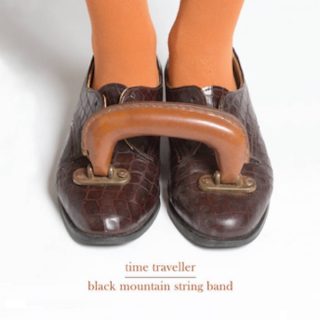 The Black Mountain String Band is a celebration of old-time string band music, where fiddles and voices harmonise with the rhythms of the banjo, guitar and double bass.

Pablo Shopen grew up playing fiddle with his family in a house full of music from Appalachia to Buenos Aires. He has mastered many fiddle and banjo styles.

For the past 15 years Donal Baylor has been the fiddler in Bluegrass Parkway. Donal is also a wonderful guitar player. Black Mountain String Band gives him a chance to reveal some of his other talents, including banjo playing.

Jacqueline Bradley is a very accomplished singer, fiddle and banjo player with a love for music. She has recorded in a range of styles, from Irish music to blues to alt country. She is also a talented artist and h 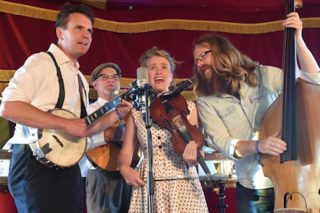 er work is featured on the CD cover.

Matt Nightingale is a very in-demand bass player for all manner of styles. He keeps a solid beat and contributes great vocals as well.

Jacque Bradley’s song, Time Traveller, is a very appropriate title for their first CD. While it indicates going back in time through traditional music, it also reflects the continuing a tradition that began with the first Black Mountain String Band – Pablo’s father’s band from the 1970s, which pioneered string band music in the ACT. The band members live in the shadow of Black Mountain, which overlooks the northern part of Canberra.

This will be the launch of their first CD ‘Time Traveller’ and together with special guests it promises to be a fun night. The launch will take place at Smith’s Alternative Book Shop Café, 76 Alinga Street, Civic ACT on Friday 27 May from 9pm ($15/$10).