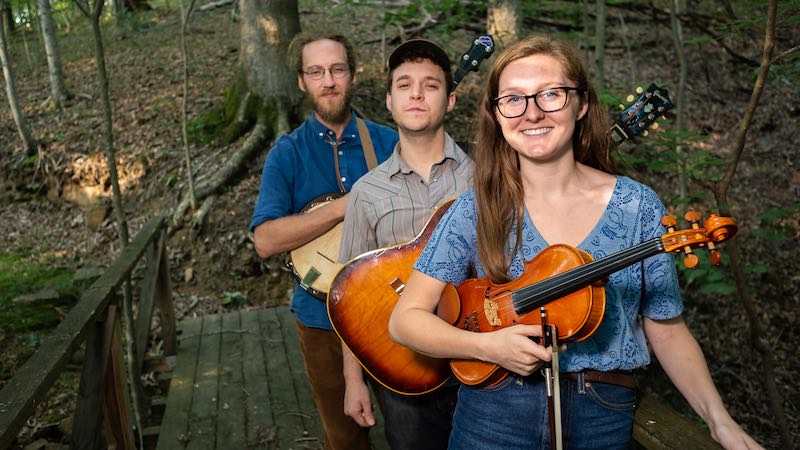 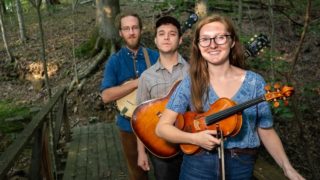 Big Possum Stringband will be performing live on Jan Dale’s Southern Style on Tuesday 20th August between 1:00pm and 3:00pm, prior to their evening performance at Mountain Pickers Association.

Big Possum Stringband is the 21st century’s answer to the question: whatever happened to Appalachian music?

Formed in 2017, the Possums are young, excited, and passionate about the rich legacy of traditional music of the American South. Contest winners Tessa Dillon on fiddle and Seth Swingle on banjo are joined by multi-instrumentalist Evan Collins to make old-time country music’s hottest new band.

The Big Possum Stringband is fresh off their 1st place win at the 2018 Clifftop festival which is generally regarded as the most prestigious contest in the genre. The Possums are bringing their mix of breakdowns, showpieces, ballads and rounder songs to audiences around the nation and the world. With three-part harmonies, electrifying fiddle breaks and a pounding square-dance beat, the Big Possum’s will have you stamping, yelling and dancing along. Local Bass player Peter Hisco is joining us for this tour.