Big Ole Feelings From Gareth Leach and The Davidson Brothers 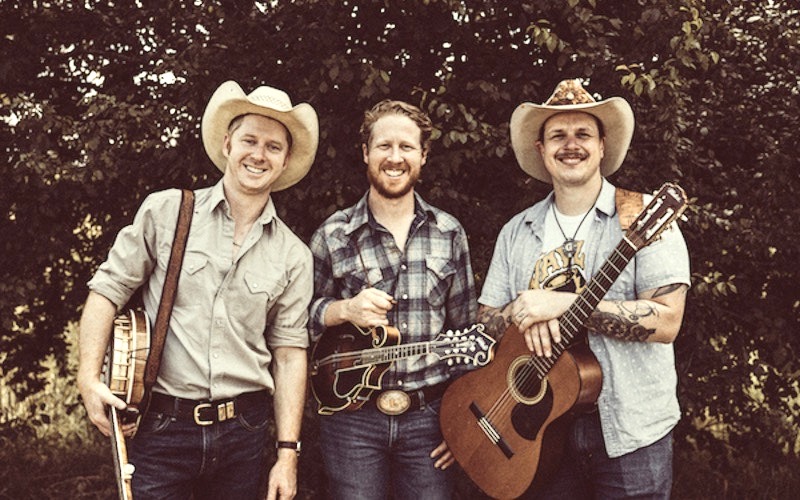 Shot, edited and directed by Gareth’s wife, Jade Robinson, in Sedgwick, Victoria, the video clip was filmed on location in a wide open space to match the theme of the lyrics. Just like bluegrass, the clip is in essence, seemingly simple, yet full of nuance and beauty, the music and stunning footage doing all the talking.

Big Ole Feelings is a heartfelt, authentically optimistic bluegrass song (written by Gareth) about wanting to teach his young children about mindfulness, reminding us all that we have the ability to turn our powerful emotions into superpowers, if we can learn to recognise and harness them.

The track features Gareth Leach, Lachlan Davidson and Hamish Davidson on vocals, with Leach on guitar, Lachlan on mandolin, and Hamish on banjo, with Isaac Barter on double bass and Shane McGrath on lead guitar.

The brilliant single cover art is by artist, Philip Hickingbotham, brought to life in the official lyric video, included below:

In other words, Gareth writes, performs and delivers country music with attitude. But don’t think for a moment that Gareth hasn’t absorbed the nuances, emotion and craft of the very finest in country music. As record producer/engineer with diverse tastes and influences, Gareth has also collaborated with musicians from the rock, country, folk, punk and pop industries to further refine and realise the ideas of the songwriter.

Raised on the muddy banks of Echuca’s Murray River, Gareth Leach draws inspiration from the introspective and reflective lyrical concepts of his outlaw heroes, tinged with guitar-riff driven hooks that have remained in his blood since he was a young kid growing up with a background in punk-rock.

About The Davidson Brothers:

National Bluegrass champions and five-time Golden Guitar Winners, the Davidson Brothers are best known for their high powered pickin’, fine vocal harmonies, classic humour and sharing their love of music, which transcends to the audience each time they take the stage.

Described as simply world class, the Davidson Brothers were inducted into the Australian Country Music Hall Fame – Hands of Fame monument in Tamworth (2017), have created an iconic contemporary acoustic bluegrass sound and continue to breakdown boundaries as musicians and entertainers of the highest order.

Raised in Victoria’s Gippsland, the brothers have performed extensively across Australia for the past 20 years; as well as touring overseas regularly and building a following in both the USA and Europe. With eight album releases and a large catalogue of original material, the Davidson Brothers established the Australian Bluegrass Scholarship in 2011 in order to give back to the community and encourage the development of young acoustic musicians.

The Davidson Brothers are destined to have a long-standing career on the Australian music scene.