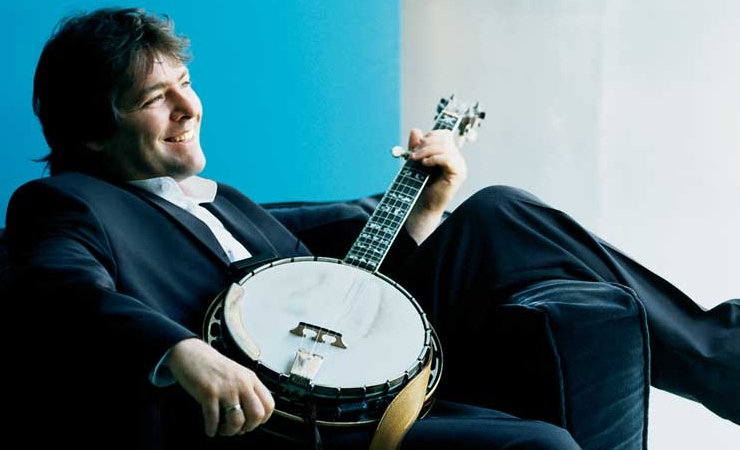 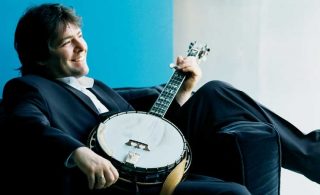 World-renowned banjo player Béla Fleck and accomplished Malian kora master Toumani Diabaté debut a new song this week titled Kauonding Sissoko, off their upcoming new duo album The Ripple Effect. Available from 27th March from Craft Recordings, The Ripple Effect will be available as a 180-gram 2-LP gatefold vinyl and also as part of a 3-CD/1-DVD collection, titled Throw Down Your Heart: The Complete Africa Sessions, which documents Béla’s remarkable journey across Africa to explore the banjo’s roots.

I knew that my beloved instrument had originally come from West Africa, and from time to time I found tantalizing tidbits of African acoustic music that gave me the confidence to know that there was a phenomenal amount of incredible stuff going on under the radar – Bela Fleck.

Simply put, the project was a sensation when it was released in 2009. There were, of course, raves from the press — “traditional African music turns out to suit him beautifully” pronounced The New York Times — but fellow musicians were equally awed. “Béla Fleck’s amazing film Throw Down Your Heart makes me want to go to Africa,” said acclaimed jazz pianist Chick Corea. “The genuine warmth, affinity, respect and love between Béla and the amazing African musicians he met are beautifully captured.” Banjo player and actor Steve Martin added, “With Throw Down Your Heart, Béla Fleck has contributed significantly to the history of the banjo, as well as inventing a style of music never before played on this great instrument.”

Click here to stream/download the instant grat. single Kauonding Sissoko by Béla and Toumani and pre-save the Throw Down Your Heart: The Complete Africa Sessions deluxe digital album. 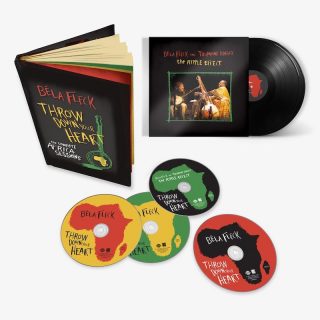 Over the last four decades virtuoso on his instrument,  taken the banjo far afield from its traditional roles in bluegrass and old-timey music, embracing an extraordinarily broad range of musical styles. Not only has he won 15 Grammys, but he did so across nine different categories, earning honours in the Country, Pop, Jazz, Instrumental, Classical, and World Music fields through his work with the fusion group Béla Fleck and the Flecktones; double bassist and composer Edgar Meyer; his wife, Abigail Washburn, and others.

The original Dueling Banjos, recorded by Eric Weissberg and popularised by the film Deliverance, was one of the things that first attracted Fleck to the banjo, so there’s a sense of coming full circle with that performance. But then, the whole Throw Down Your Heart project was, in a sense, about scratching an itch Fleck had long felt regarding the African roots of his instrument.

What brought that general interest into focus was when Flecktone saxophonist Jeff Coffin played Fleck a recording by the great Malian singer Oumou Sangare. “I was literally stunned,” Fleck recalled. “I’d had this reaction only a few times — when music was so compelling that everything had to stop while I listened. Earl Scruggs’ banjo did it to me. Chick Corea’s music did it to me. And so did this.”

In a bit of kismet, it turned out that Sangare was managed by an old friend from Fleck’s early bluegrass days. A meeting was arranged, some jamming was done, and Sangare invited Fleck to visit Bamako, Mali, and play with her and some of her friends. The seed was planted. Within months, Fleck and Paladino had worked out a three-nation itinerary, one that would rely on friendship and happenstance to experience the music and culture of Africa. It was, Fleck writes, “a nonstop set of intense, powerful and joyful musical interactions. Every day for five weeks, I was meeting musicians, and filming pieces with them in their homes, other unconventional locations, and even on rare occasions — recording studios. We recorded/filmed over 30 pieces so it came out to something like a tune per day while we were there.”

Originally issued as individual titles, beginning with Rounder Records’ 2009 release of Tales From the Acoustic Planet, Vol. 3—Africa Sessions, Throw Down Your Heart: The Complete Africa Sessions will be one of several special reissues commemorating the legendary roots label’s 50th anniversary. Throughout 2020 Rounder will be celebrated with box sets, live events, an original podcast series, curated playlists, exclusive merchandise and much more. Stay tuned for forthcoming announcements regarding Rounder’s 50th anniversary.

Both titles are available to pre-order now. Click here for the Throw Down Your Heart: The Complete Africa Sessions, or here for The Ripple Effect. Special bundles are also available through the official Béla Fleck store.

Tracklist – Throw Down Your Heart: The Complete Africa Sessions

Disc One: Throw Down Your Heart, Part One