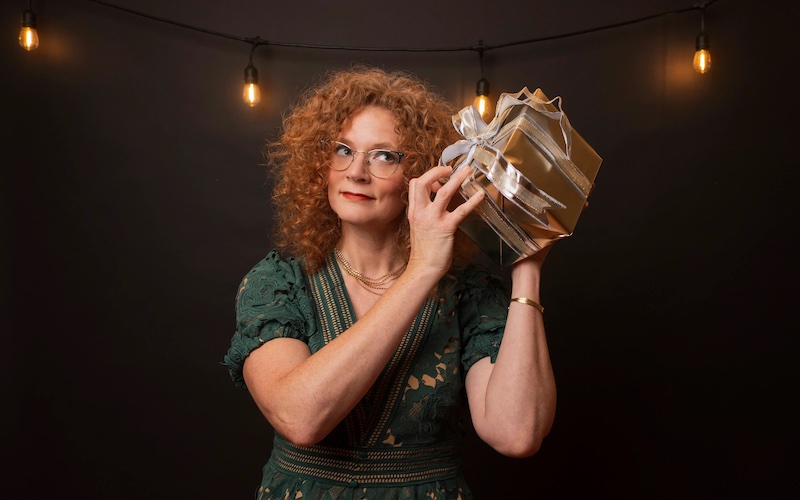 This Christmas a New Release of and Old Favourite By Becky Buller.

This new song is currently released to radio and fans can listen on their favourite stations and by pre-buying the album at this link.

Folks react strongly to this song. They either love, love, love it or they absolutely cannot bear to hear it; there is no in-between. So, was including it on my first-ever Christmas record a risky move? Probably. Is kicking off the album with it complete insanity? Yup. But y’all know how crazy I am by now. It’s our daughter, Romy’s, fault I even considered trying Last Christmas in the first place. She was having a Wham moment during the 2021 holiday season. I guess I just heard the song so many times, my mind started studying on how I could Bluegrass it up. What my guest dream team of that day (Barry, Ron, Sierra, Todd, Stephen, and Dan) came up with is a little bit different from the original version… But I hope you’ll give our rendition of “Last Christmas” a spin and have a Totally ‘80s Christmas party while you’re listening! – Becky Buller.

Honestly, when Becky brought me this idea, I wasn’t too sure about it. It’s a little far out – on paper. As we all started to arrange it, experimenting with different ideas, the song really blossomed into a FUN bluegrassy track. The more they played it, the more it grew. The players all really brought their ‘A’ game and turned this tune into an energetic cut that puts a unique stamp on the song – Stephen Mougin. 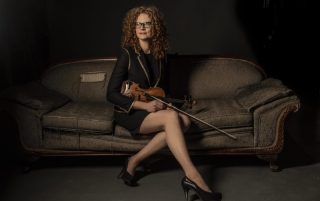 The song was recorded and mixed by Stephen Mougin at Dark Shadow Recording and mastered by David Glasser at Airshow Mastering. The single is available to download on AirPlay Direct.

Becky Buller took home two IBMA Awards in 2020, making her a 10-time IBMA Award-winning Bluegrass artist and musician. A celebrated musician and Award-winning artist, Buller made history as the first ever artist to win in both instrumental and vocal categories at the 2016 IBMA Awards, as well as being the first female to ever win IBMA’s Fiddle Player of the Year. Since 2018, Becky has moonlighted with the all-female supergroup, The First Ladies of Bluegrass, which has been recently recognized at the Country Music Hall of Fame with their own exhibit. Buller achieved a lifelong goal in 2021 as she made her Grand Ole Opry debut. An admired songwriter whose songs appear on Grammy award-winning albums, Buller has inked tracks for Ricky Skaggs, Rhonda Vincent, Doyle Lawson & Quicksilver, Molly Tuttle, Josh Williams, the Travelin’ McCoury’s and more.

Dark Shadow Recording is a full-service studio and record label led by award-winning Stephen Mougin, located on a hilltop that surveys Music City’s electric skyline. The label produces and turns out music from some the industry’s most promising artists in the Bluegrass, Americana, Country, and Folk genres.