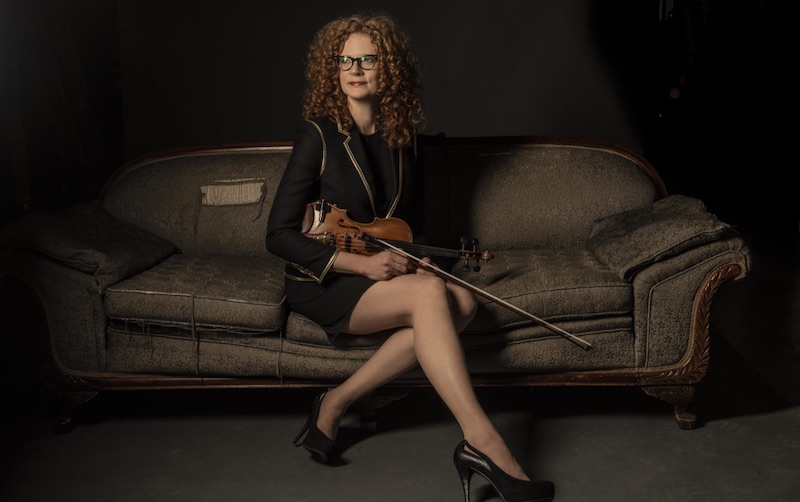 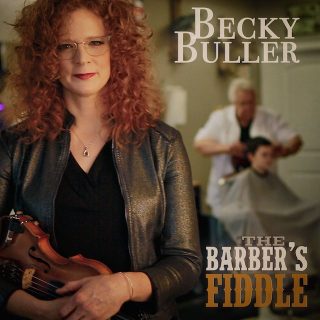 Two-time Grammy award-winning songwriter, Becky Buller, has announced the released a new single, The Barber’s Fiddle. This will be the first single to come off her latest album, Distance And Time, set for release on 17th July,, 2020. The album will be her third release from Dark Shadow Recording.

Listen to the new single here.

The Barber’s Fiddle is a song that tells a story of bluegrass music being passed on throughout generations. Becky says that this single is rooted in the tradition of fiddle playing in barbershops and based on the true story of a young man picking up a fiddle for the first time, discovering the magic of bluegrass music for himself. Becky wrote the song with Lynda Dawson, and there are 18 award-winning fiddlers featured on this track, including Shawn Camp, Jason Carter, Laurie Lewis, Kati Penn, and Sam Bush on vocals and fiddles, Michael Cleveland, Johnny Warren, Stuart Duncan, Deanie Richardson, Bronwyn Keith-Hynes, Jason Barie, Fred Carpenter, Tyler Andal, Nate Lee, Dan Boner, Brian Christianson, Laura Orshaw and, of course, Becky.

Becky Buller is now a two-time Grammy award winner and an eight-time International Bluegrass Association Award-winning artist. She made history by being the first artist ever to win in both instrumental and vocal categories at the 2016 IBMA Awards, as well as being the first female to ever win IBMA’s Fiddle Player of the Year. Since 2018, Becky has moonlighted with the all-female supergroup, The First Ladies of Bluegrass, which has been recognized recently at the Country Music Hall of Fame with their own exhibit. Learn more about Becky here.

Dark Shadow Recording is an independent record label based in Nashville, Tennessee. Founded in 2008 by Stephen and Jana Mougin, the label has released music from some of the finest Bluegrass and Americana musicians around the country, including Becky Buller, Rick Faris, Stephen Mougin, The Rigneys, Man About a Horse, Stephen Mougin, and Jana Mougin. The label has a unique approach in that it is run by musicians for musicians, which they believe to be the best approach for releasing quality music and meeting the needs of their artists.Stephen Mougin, President and owner of Dark Shadow Recording, has produced this single and all of Becky’s work since 2014.

On each of the Becky Buller projects, we’ve tried to create something new and different, while maintaining the core of the traditions she holds dear. Distance And Time certainly follows that trend, yet reaches farther back and farther forward. It has been a treat to work with her fine band, and some wonderful guests, to bring these songs to life – Stephen Mougin, President and owner of Dark Shadow Recording.