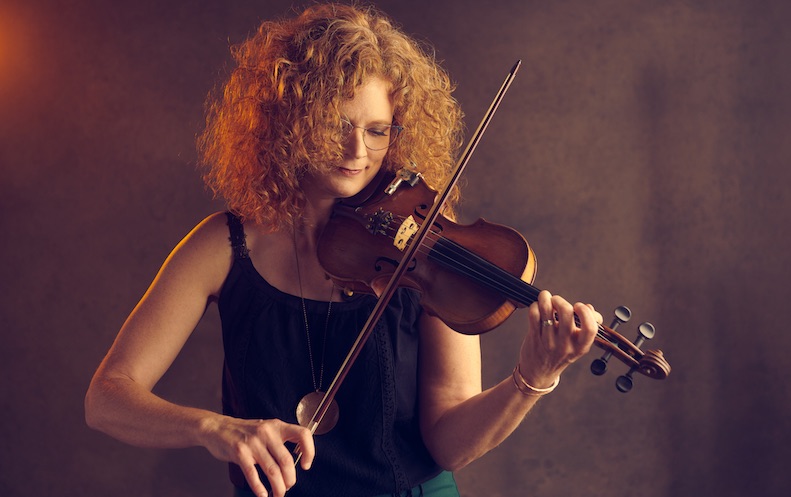 Dark Shadow Recording artist and award-winning Bluegrass virtuoso Becky Buller announces the track listing for her forthcoming album, Distance and Time. Produced by Stephen Mougin, 2020 IBMA Sound Engineer Of The Year, and recorded at Dark Shadow Recording, the 13-track record features 11 songs all penned or co-penned by Buller as well as two covers. Distance and Time is available for pre-order today, and fans will receive the Country infused track, The Ride, instantly upon purchase of the album. 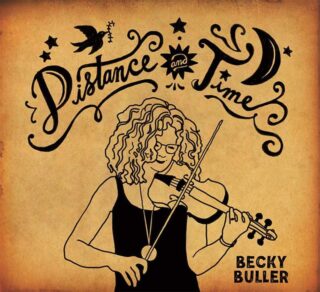 Lending their world class talents to the track, 18 fiddle players and vocalists can be heard on The Barber’s Fiddle alongside Buller. The music video for The Barber’s Fiddle was produced by Mougin of Dark Shadow Recording and tells a story of Bluegrass music being passed on through generations. Buller’s sophomore 2020 single and reimagined NEEDTOBREATHE cover, More Heart, Less Attack features an acoustic and folk driven spin on the Christian Rock smash. Most recently, Buller released gospel song Tell The Truth (Shame The Devil) which is a collaboration with the Grammy award-winning group, The Fairfield Four.

The Distance and Time lead-off track, The Barber’s Fiddle, is also nominated for Collaborative Recording of the Year and Buller is nominated for Fiddle Player of the Year at the 2020 International Bluegrass Music Association Awards taking place virtually Tonight and on SiriusXM Bluegrass Junction (CH. 62).

A celebrated musician and eight-time International Bluegrass Association Award-winning artist, Becky Buller made history as the first ever artist to win in both instrumental and vocal categories at the 2016 IBMA Awards, as well as being the first female to ever win IBMA’s Fiddle Player of the Year. Since 2018, Becky has moonlighted with the all-female supergroup, The First Ladies of Bluegrass, which has been recently recognized at the Country Music Hall of Fame with their own exhibit. A two-time Grammy award-winning songwriter, Buller has inked tracks for Ricky Skaggs, Rhonda Vincent, Doyle Lawson & Quicksilver, Josh Williams, the Travelin’ McCoury’s and more.