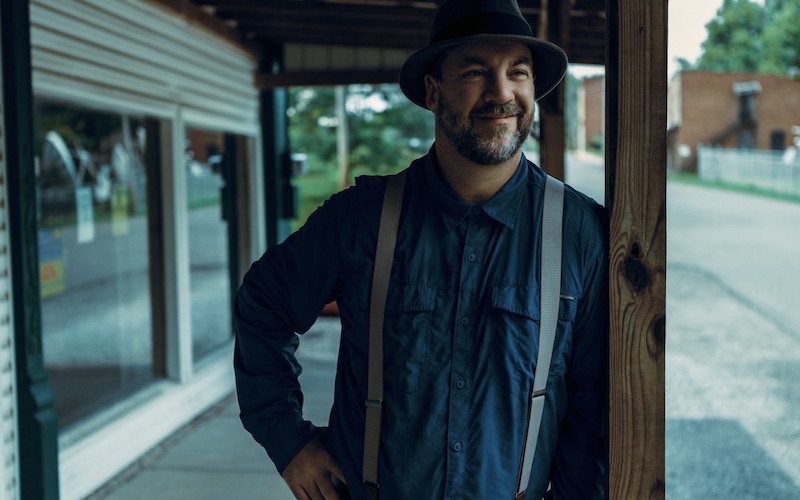 When Barry Abernathy throws a party, the guest list is impressive as this album confirms.

On February 26th, Barry is set to release Barry Abernathy & Friends through Billy Blue Records label and the list of guest artists and players is a veritable Who’s Who of great music.

The 11-track collection includes the debut single, already released to radio, Birmingham Jail, which features the beloved banjo pickin’ singer with 21-time Grammy winner, Vince Gill. Fans of Appalachian Road Show, however, needn’t be concerned about Abernathy’s continued partnership in that highly popular and successful group with Darrell Webb and Jim Van Cleve; a band rounded out by the talents of Todd Phillips and Zeb Snyder.

Barry Abernathy & Friends is an idea that actually began well before Appalachian Road Show came to be, and it’s a very personal project for Abernathy. Several years ago, as Barry Abernathy and Darryl Webb were still tossing around ideas for what would become their new highly successful collaboration, Appalachian Road Show, Abernathy had weightier things on his mind. He’d left Mountain Heart and was facing a serious neck surgery. Doctors warned him that there was a risk of damage to his vocal cords, and Barry felt the need to have his voice recorded just in case.

“I really hadn’t sung on that many recordings. I was thinking about something my kids could have one day, and I was wishing I had a project – Barry Abernathy.

The award-winning musician started to record a few things on his phone, making the most of the acoustics in his bathroom. He’d heard a version of Birmingham Jail on an old TV show and included it in the mix. Eventually, he shared the recordings with pal, Van Cleve, who urged Barry to cut a record, and the idea for an album entitled Barry Abernathy & Friends was sparked.

Although he’d already begun searching for songs for his band with Webb, Abernathy kept finding others he wanted to record; more straight-up bluegrass.

These are songs I love, but they didn’t necessarily fit the style or theme we were considering for the Appalachian Road Show concept – Barry Abernathy.

The Band on Barry Abernathy & Friends: