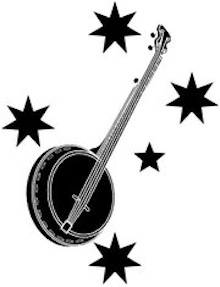 Nathan Clarke has advised us of a new social network for banjo players in Australia.

As a new comer to the banjo, Nathan found it difficult to gather the resources and in making contact with people who could assist him in his banjo journey.  With difficulties in connecting with people, finding the resources and the limited success on sites such as  Banjo Hangout and Aussie Banjo Pickers group he decided to venture out. Nathan decided to establish a Banjo Players Australia network using the growing social network, Facebook.

Facebook is likely the biggest social network on the Internet. It recently hit a milestone of 750 million registered users worldwide.

Using Facebook’s advertising feature to target Australians on Facebook, it quotes a figure of some ten and a half million people. So I see facebook as a great place to establish a social networking presence for Banjo players in Australia – Nathan Clarke.