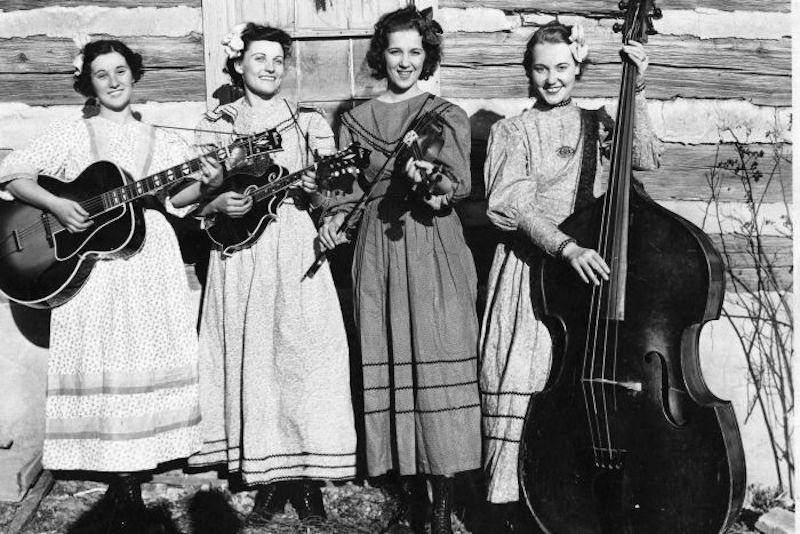 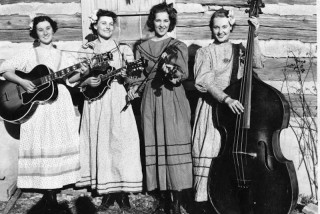 Many musicians from Kentucky cite their mothers, grandmothers, aunts and sisters as inspirations. Why then, wondered Rachel Hopkin, don’t female musicians appear prominently in the state’s musical history? Her quest to find out taught her about three country pioneers and took her all over the Bluegrass State.

I fell in love with American traditional culture some years ago when I travelled from my native England to the southern Appalachian Mountains for a field trip. The region is well-known for its vigorous maintenance of various forms of folklore—including pottery, quilting and storytelling—but I was most interested in music. I spent two months wandering around and listening to old-time musicians, including quite a number in Kentucky. It seemed apt, therefore, that when I eventually moved to the US myself in 2010, Kentucky would become my first home.

My mother, who visited me there several times, thinks that the English spoken with a Kentucky accent is the most beguiling she’s ever heard and I’m inclined to agree. The state itself is equally entrancing and full of contrasts. The northern part is famed for its racehorse stables and the annual Kentucky Derby. To the east are the aforementioned Appalachian Mountains, where despite cultural richness poverty is rife. However, I spent my two-year sojourn based in the green rolling countryside of south-central Kentucky. Bowling Green was my nearest city.

Although I already knew Kentucky to be musically rich, I learned more about how that musicality manifested once I was living there. For example, there’s a strong jug band tradition in the city of Louisville which sits on the Ohio River; gospel—both black and white—is vital within the state’s many, many churches; unique guitar, fiddle, and banjo styles have emerged in various different locales; and, of course, there’s the home-grown country music subgenre of bluegrass, which takes its name from Kentucky’s sobriquet…

You can read the full article on the ABC RN Earshot webpage.