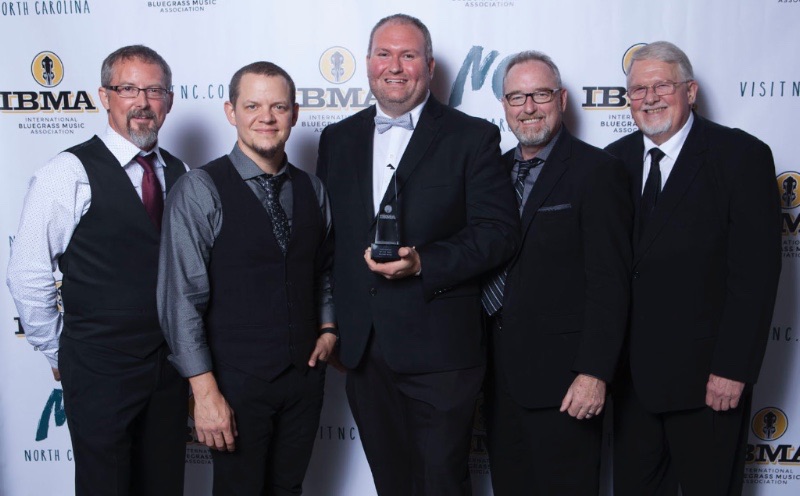 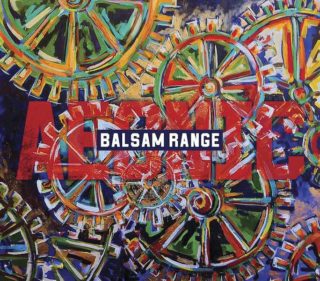 In just over a decade, Balsam Range has collected armfuls of industry awards, held multiple months at the top of radio charts, recorded and performed with the Atlanta Pops Orchestra, and headlined an array of eclectic music festivals, all the while maintaining their identity and refining their craft to become one of the most vital artists in the roots genre.

On the heels of their second International Bluegrass Music Association Entertainer of the Year award, this eminent band continues to be a tour de force in Bluegrass with their album, Aeonic, to be released January 4, 2019 from Mountain Home Music Company. The album is now available for pre-order here and available for radio play through AirPlay Direct here.

With this music, Balsam Range continues to grow the magic that has mesmerized audiences and expanded their fandom — arresting songs full of humanity, dynamic performances graced with subtleties, and material that is both personal and profound. Music that would be powerful in any genre but is made all the more compelling through this Western North Carolina band’s acoustic music mastery.

The album kicks off with a song that has already spent weeks at the #1 spot in Bluegrass Radio, The Girl Who Invented the Wheel. With the lead vocal by Buddy Melton, 2-time IBMA Male Vocalist of the Year, it’s an out-of-the-box anecdote about a man left impressed albeit rejected by an independent woman: “I’ve been left before, this was a different deal / I think I just met the girl who invented the wheel.”

Several of the songs share a prevailing theme of searching for meaning. They may reveal where Balsam Range finds itself as an artist, evaluating the past, looking toward what’s next. Tumbleweed Town with lead vocal delivered by guitarist Caleb Smith, is a mid-tempo stroll through a town that lives inside a mind tortured with regret. The Rambler, with vocal rendered by mandolin player Darren Nicholson, is a dirge into the dark night of the soul, a story about life on the road and the road of life.

Get Me Gone, the most recent single from Aeonic, continues this theme of looking back, moving forward. It’s a catchy version of an otherwise sad story of love lost and soon to be forgotten. “Gone like whiskey gone like broke / Straight outta here like wind-blown smoke / Won’t you give me some light good Lord, and get me gone.”

Hobo Blues showcases instrumental minimalism in order to pull you into the sadness of the character. A Ray LaMontagne cover with lead vocal by Smith, it creates a quiet interval on the album that adds to its thoughtful effect.

Help Me To Hold On is a song about desperation, and it’s performed that way, with an arrangement that portrays a profound sincerity. Melton’s vocal range and controlled power result in a performance that highlights a singer at the top of his game and illustrates why he has been awarded as such.

Let My Life Be a Light harkens back to the foundation of this band. Driving traditional Bluegrass Gospel powered by the band’s most seasoned and awarded performer, Grammy-winning banjoist, Dr. Marc Pruett. Pruett’s perfect timing and syncopation here showcase why he has been so celebrated, performing with greats like Ricky Skaggs before bringing his prowess to Balsam Range. With lead singing from Smith, the chorus sounds off the rich 3-part harmonies of him, Melton, and Tim Surrett.

My Cross to Bear is a murder ballad, purposefully written from an ambiguous first-person perspective who is constantly tortured with the guilt of their crime.

Graveyard Blues continues on dark themes common to Bluegrass storytelling, illustrating the harshness of life in another era where hard labor, tragedy and death were commonplace.

Angel Too Soon challenges listeners’ hearts. A hauntingly beautiful performance matched with an equally haunting lyric about the death of a child, it is the hardest of subjects and surely meant to be cathartic.

Bookending the collection of songs on this album with uniqueness, Balsam Range shows yet another dimension of their talent with a cover of The Beatles’ If I Needed Someone. With lead vocal by IBMA Bass Player of the Year Tim Surrett, the song features Beatles-styled stacked harmonies, along with impeccable timing and instrumental wizardry, that are unlike any arrangement the band — or arguably anyone in Bluegrass — has attempted. The result is a look at how adept Balsam Range is at merging genres. Both styles become enriched by the influence of the other.

It has been said that great songs are timeless. But they also organise time into attractive human pieces while their lyrics manage their way into our hearts and minds with lasting meaning. Great music has no expiration date, it is Aeonic. 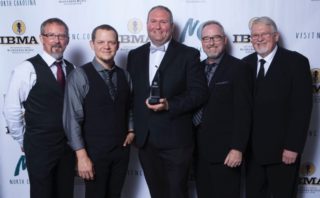 The 2018 International Bluegrass Music Association’s Entertainer of the Year, Balsam Range, has become one of the genre’s most award-winning acts. Since forming in 2007, the group has garnered 13 IBMA awards on the heels of 8 critically acclaimed albums. Balsam Range has left audiences spellbound while headlining major festivals from coast-to-coast, selling out venues across the nation and in multiple appearances at the Grand Ole Opry. The band collaborated with the Atlanta Pops Orchestra Ensemble to record 2 albums, the second of which, Mountain Overture, debuted on the Billboard Bluegrass Chart at #5 and the Classical Crossover Chart at #6. Their previous outing, Mountain Voodoo, debuted at #4 on the Billboard Bluegrass Albums Chart and remained on that chart for 45 weeks. Three singles from that album reached #1 on the Bluegrass Today Chart, including Blue Collar Dreams, which spent three consecutive months at the top. The band most recently claimed the #1 radio chart spot with their single The Girl Who Invented The Wheel. In addition to winning Entertainer of the Year, Balsam Range vocalist Buddy Melton won IBMA’s Male Vocalist of the Year and bass player Tim Surrett won IBMA’s Bass Player of the Year in 2018.