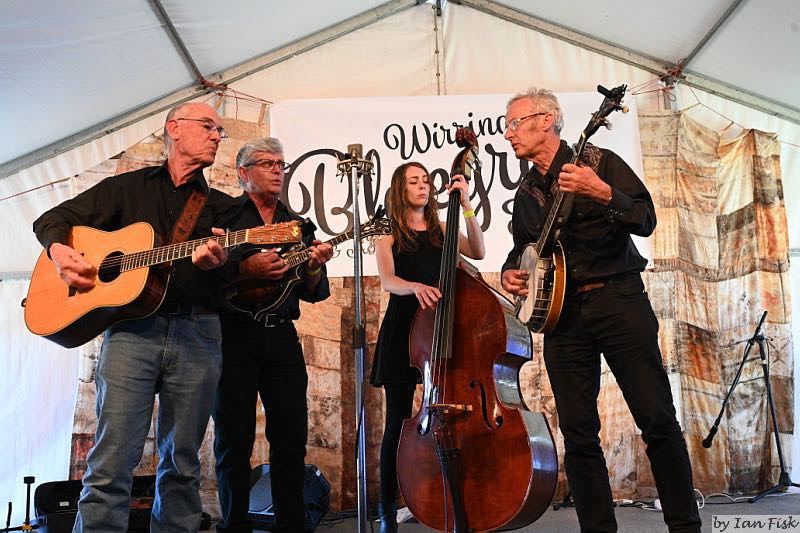 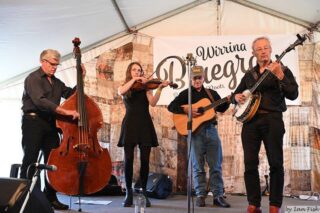 Here is a some information on a band on the scene in Melbourne. Collectively they have played bluegrass around Melbourne for 100+ years between them. Backwater is a traditional bluegrass band with a solid pedigree.

Some tunes will break your heart; Some will set your feet a-tapping; Harmonies may raise the hairs on the back of your neck and they can all play their instruments.

Backwater features Rob Lewis on guitar and vocals, Mark Pottenger on mandolin and vocals, Peter Somerville on banjo and vocals and Maxine Sutcliffe on double bass, fiddle and vocals. 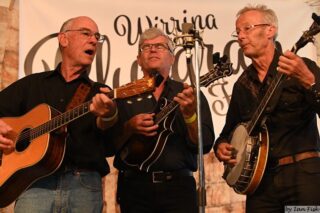 Rob Lewis founded Backwater about 5 years ago. Rob helped revive a dying bluegrass tradition in Melbourne with the Last Gasp bluegrass band in 1975- 1977. Many pickers may remember those days and acknowledge the importance of this band. Rob went on to play with Dr Fosters Bluegrass Band for 13 years and later with many other Victorian and interstate pickers before forming the Snowy Mountain Ramblers 7 years ago and now his newest venture is with Backwater.

Mark Pottenger co-founded Backwater with Rob Lewis. Mark had an early start in musicals and performances. Mark has played in numerous bands around Melbourne including the Senile Delinquents, before finally coming to bluegrass. His recent stint with 9 Mile Creek (a progressive Bluegrass outfit) for nearly 5 years brought him further to the attention of the bluegrass scene. Mark also plays with the Prairie Kings, Dave Diprose & Hillbilly Radio and many others. He writes a fine song, picks a mean mandolin and sings strong lead and harmony.

Peter Somerville replaced Mick Harrison on banjo several years ago when Mick’s schedule became too tight. Peter first met Rob back in the 1970’s. They picked together with Andrew Forrer for a time. In 1985 Peter met an American who sang and played guitar and was living in Australia. His name was Gary Forrester and they discovered they shared a love of The Stanley Brothers and formed the band called The Rank Strangers.  In the late 1990’s he became a founding member of Gerry Hale’s Uncle Bill. Peter is versatile and lyrical in his playing and a devotee of good hard driving traditional Appalachian banjo and his high tenor voice.

Maxine Sutcliffe plays double bass, fiddle and sings. Maxine replaced Andrea Calwell on double bass after Andrea’s work moved to Sydney. Max is classically trained on performance bass and violin and brings a youthful energy and huge ability to the band. She plays with many outfits including Front Porch, The Humbuckin’ Pickups and the Prairie Kings.