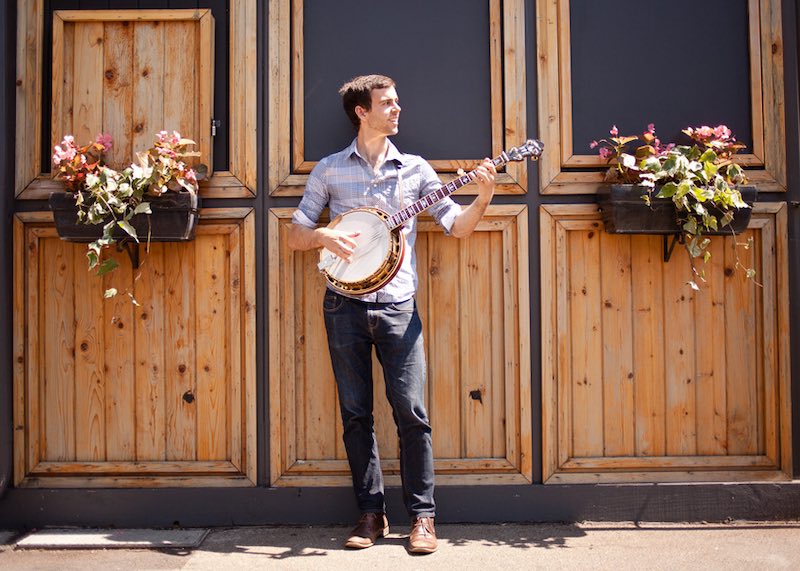 Here is post number two on the 2019 Bluegrass Conference faculty. The conference is the only chance bluegrass musicians in Australia would have to work, learn and play in an environment filled with quality teaching, musicianship and inspiration. 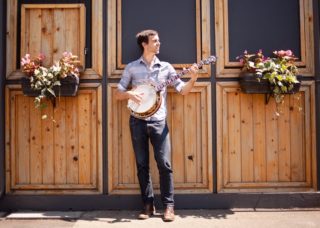 Bennett Sullivan is a young banjo player and professional educator from New York. He is described as a critically acclaimed composer, teacher, session musician and performer He has just won the IBMA’s 2019 Momentum Award, an award that recognises artists and business people in the early years of their bluegrass music careers.

Bennett main gig is performing in New York however, he is a successful banjo teacher, helping banjo pickers improve their skills. He offers lessons in person and via Skype. His uniqueness, versatility, and prowess on different stringed instruments makes him one of the most sought after musicians in the country music industry and beyond. 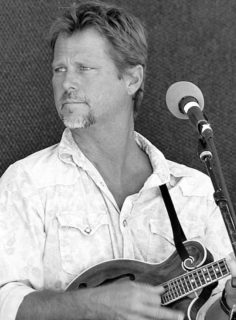 Mark has been playing music all his life in the southwest US region, having played festivals in Arizona, California and Colorado. Mark has won numerous mandolin contests and his band, Shady Creek, won the SW Regional Division of the Pizza Hut Showdown (now IBMA) Battle of the Bands in the late ’90’s. Mark is also the founding member of Clear Blue, which won the Telluride Bluegrass Festival Band Contest in 2000 and opened the festival in 2001. He also spent 5 years in Ohio, playing in 3 bands and extensively touring the area. His return to Arizona brought him to become a founding member of Sawmill Road, touring thoughout the US, Canada and Europe. Mark has been a regular visitor to Australian festivals and previous Bluegrass Conferences.  He played and toured initially with the band X-Train and now performs and tours with the highly successful Arizona based band Sonoran Dogs. 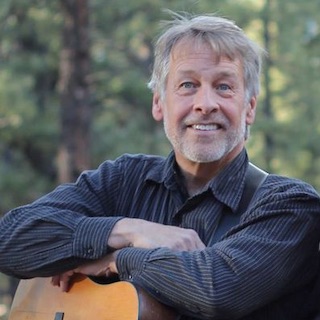 Peter McLaughlin is an acclaimed acoustic guitarist, songwriter, vocalist, performer, recording artist and music instructor from Tucson, Arizona. He plays many genres and styles, and specializes in acoustic flatpicking and fingerpicking techniques.

Peter started playing the guitar at the age of eight and was very soon jamming at bluegrass festivals and fiddle conventions. He lived in Denmark in the early 70s, and attended a Danish high school. In 1974, Peter moved to Northern Arizona to attend University, where he played with Tom Rozum (mandolin, fiddle, and vocals), Roger Smith (bass and vocals), John Zarske (rhythm guitar and vocals), and Frank Dedera (banjo) in the group, called Flying South, an acoustic string band specializing in bluegrass and early swing era jazz. A later incarnation of Flying South included Kirby Mittelmeier (mandolin and vocals) and John Willis (bass and vocals).

He has been a member of bands such as X-Train – his first tour to Australia – with banjo player Ross Nickerson, and in various other bands, including the 1988 Telluride Band Contest winners, The Titan Valley Warheads, which Peter still plays with on occasion.

In 1991, Peter had the opportunity to reunite with his long-time pal, Tom Rozum, and joined Laurie Lewis, touring nationally and internationally for six years as guitarist and harmony vocalist with her band.

This will be Peter’s fourth trip to Australia’s Bluegrass Conference. 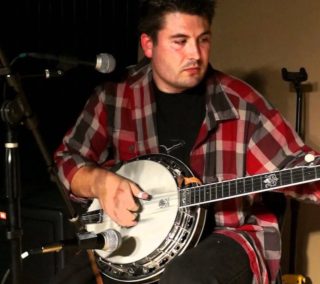 Tyler who comes from a musical family, and like many accomplished and successful musicians today started playing music at a young age. After experimenting with several different instruments, he received a banjo on his fifteenth birthday and immersed himself in bluegrass music. In 2008, he “came up for air”, competing in and winning–the Rockygrass Banjo Championship in Lyons, Colorado. Tyler went on to take 1st place in the Arizona Banjo Championship that same year. Tyler did it again, winning the 2010 Huck Finn Festival banjo championship and attaining top 5 finalist status at the Winfield National Banjo Championship. 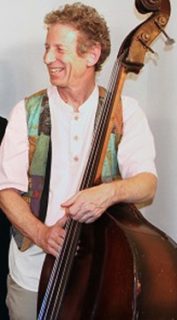 Bruce Packard was born in London in 1953, and lived in Christchurch, New Zealand before coming to Australia with his parents. He attended school and university in Canberra, and has lived in Melbourne since 1997

He has composed and recorded music for film and stage, and also finds time for a bit of acting and sound engineering.

Bruce is a regular on the Australian Bluegrass Conference faculy and brings a wealth of talent as a musician, performer. His passionate bass playing and highly informative instruction are favourites highlighted by past delegate from the conference.