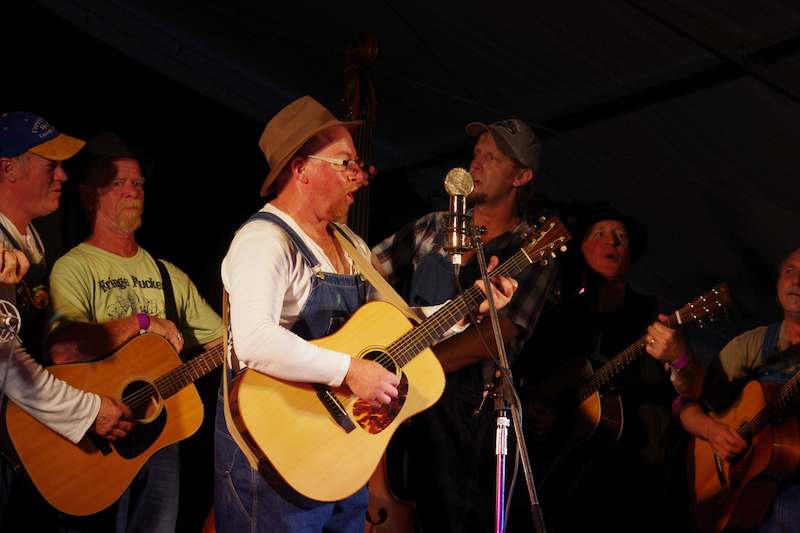 Like many places across Australia this past weekend the 2012 Australia Day Awards recognised and honoured many Australians for their outstanding contributions to their communities.

In addition to the above awards, chief Strzelecki Stringbuster, band leader and community stalwart Ray Negro was nominated for Yinnar Citizen of the Year.

The band then performed during the Yinnar Australia Day breakfast celebration ceremony. They also performed at the  LaTrobe City ceremony.

The Stringbusters have played a significant role in their community as anyone from the region will attest. This is a well deserved award that rightly recognizes the band contributions to the broader Gippsland region over many years.

Congratulations from the team at Australian Bluegrass Blog.