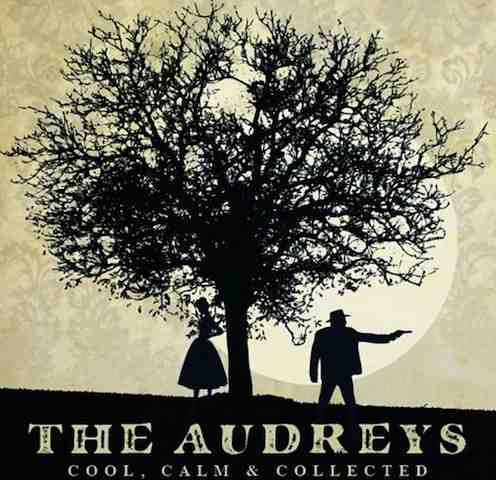 To mark the release of their most recent album ‘Collected’ The Audreys have announced an intimate duo tour in a hand-picked selection of theatres and clubs across Australia.  The shows will see Taasha and Tristan playing songs off all three albums, plus some new material.

Collected” is a unique package containing their three Aria winning albums from 2011, 2008 and 2006 respectively along with a rare collection of demos, b-sides, live tracks and videos including the previously unreleased song “Train Wreck Blues”. “Collected” comes in a beautifully designed digipak with a unique digital code to access this brand new material.

A campaign featuring the band members will soon be launched.

The Audreys shot to the forefront of the Alt. Country/Roots genre with their 2006 debut “Between Last Night and Us” which quickly reached Gold certified status. “When The Flood Comes”, their 2008 record, cemented their status as a favorite of Australian critics, with the album appearing in the best album polls of that year including Rolling Stone’s Top 50 albums of 2008. “Sometimes The Stars”, their third record, was released in Australia in October 2010, debuting at #28 on the national Aria charts and #2 on the national Blues & Roots Chart.

The Audreys ‘Collected’ album package is in stores now