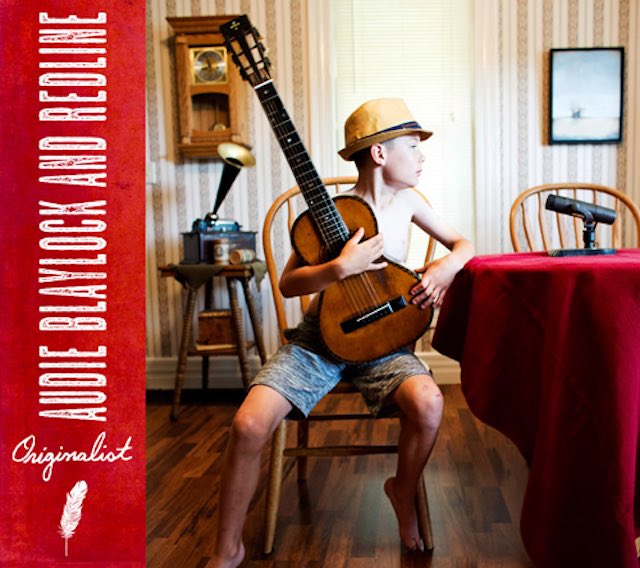 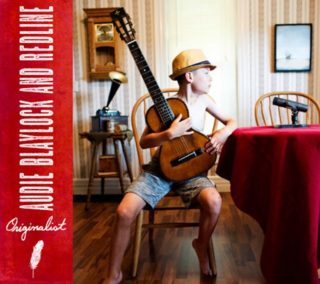 The 615 Hideaway Records has announced its first album release for the new label by Bluegrass veteran Audie Blaylock And Redline. Love Is An Awful Thing written by Redline band member Reed Jones is the first single released nationally from the album titled Originalist. The single Love is An Awful Thing was released this week to bluegrass radio and the album Originalist is available today.

Love Is an Awful Thing, written by Redline bassist Reed Jones, I believe is a perfect bridge between tradition and the future. I think the lyrics and the musical interpretation, as well as vocal interpretation, show a fresh approach to bluegrass music and still pay homage to the roots and tradition that it came from – Audie Blaylock.

Originalist was produced by Audie Blaylock And Redline and the band includes Audie Blaylock on lead vocal & guitar, Even Ward on banjo, Mason Wright on fiddle and Reed Jones on upright bass.

The album, Originalist includes six originals, including the single Love Is An Awful Thing and instrumental Huckleberry’s Hope and six songs specially picked out by Audie and the band made popular by many legends like Jimmy Martin, The Stanley Brothers, The Delmore Brothers and more.

The single and the album are both available for download to D.J.’s and program directors on AirPlay Direct.

The album Originalist is now available commercially wherever digital downloads are available including iTunes and Amazon and streaming on Spotify and Pandora.

About Audie Blaylock and Redline:

Audie Blaylock’s musical journey is a familiar one in bluegrass music, having grown up in an Appalachian musical family, his musical education started early and led to him sharing the stage with some of bluegrass’ finest and most respected artists, including first generation bluegrass character and giant, Jimmy Martin, as well as Red Allen, Harley Allen, Lynn Morris, Michael Cleveland, and Rhonda Vincent.
Audie Blaylock and Redline have an unofficial motto of sorts: It’s all the same thing. Classic cars, forward rolls, love, art, loss, faith…life. This cohesive connectedness and a willingness to see the world through the lens of tradition without boundaries makes Redline, now in its second decade of existence, a unique fixture in the world of bluegrass, where at times the music can indeed sound like “the same thing.” But for Redline, “the same thing” means it all comes from the same place, which enables them to create music that honors tradition through innovation. And they are not the only ones to have noticed.

Audie has garnered such prestigious awards as the IBMA’s Instrumental Group of the Year and Entertainer of the Year, he’s been nominated for both Guitar Player of the Year and Male Vocalist of the Year, he’s had numerous #1 and charting singles on the charts, his music has been featured as the theme song for Travel Channel’s series entitled Backroads Gold, he has even been nominated for a Grammy. That’s just to say that though Audie and Redline are singular in their approach, they are not just more of “the same thing.” They are a force to be reckoned with; with all the power of classic cars, forward rolls, love, art, loss, faith, and life behind them, thrusting them into the future. Honoring tradition through innovation. For Redline, they are the same thing.

The (615) Hideaway Records is the further company development from the highly successful online streaming entertainment show developed by Sammy Passamano, III. Online live streaming has become a tremendous vehicle to connect music performers with their core fan base in ways never before achieved. Live stream providers like The (615) Hideaway facilitate the elements needed by artists to perform live music online, talk to their fan base and engage in real time live chat conversations. Fans of the artists can request songs to be performed during the episode, as well as, ask questions about the artist’s music and other relegated topics about the artist.

Over the past 12 Months The (615) Hideaway has generated over 1 million minutes viewed by a large Country & Bluegrass online viewer from multiple social media sources including facebook pages from RFD-TV, Bluegrass Life, Durango Boots, Deering Banjo and all the artist listed above.