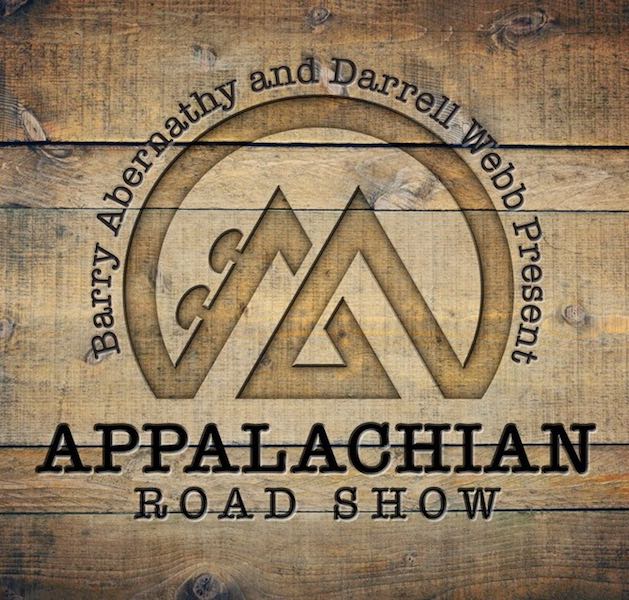 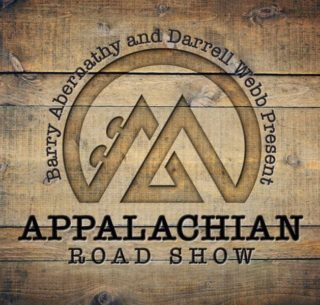 Barry Abernathy and Darrell Webb have teamed up for a new musical venture, called the Appalachian Road Show. The first album is has been released on Billy Blue Records.

Barry Abernathy was a founding member of the vocal and instrumental powerhouse band, Mountain Heart. The group or its members have won or been nominated for multiple Grammys, ACM, CMA, and IBMA Awards. Abernathy is also known for his contributions to both Doyle Lawson & Quicksilver and IIIrd Tyme Out. The most unlikely thing about Barry’s story is his having been born with just a thumb and part of an index finger on his left hand. Still, in addition to his truly great voice, Abernathy plays a blistering banjo. Because of his hand, he approaches the fingerboard from the top and does the fretting with his thumb and the end of his single-knuckled index finger. The Georgia-born Abernathy was named Banjo Player of the Year in 1997 by the Society for the Preservation of Bluegrass Music of America (SPBGMA). 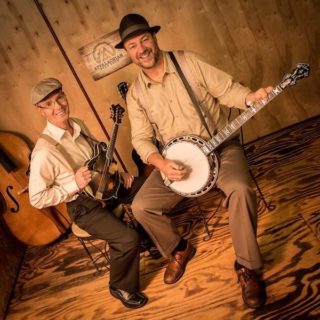 Darrell Webb is a Grammy nominated session musician as well as an International Bluegrass Music Association (IBMA) and SPBGMA award winner. The mandolin master with the soaring tenor previously headed up his own eponymous band and before that, worked with some of the top acts in acoustic music, including Lonesome River Band, J.D. Crowe & The New South, Rhonda Vincent & The Rage, Wildfire, and Michael Cleveland & Flamekeeper.

With Appalachian Road Show, Abernathy, Webb and their talented compadres (including fiddle beast, Jim VanCleve, and upright bassist, Todd Phillips) seek to honour the music, traditions and history of the great Appalachian people and region. Additionally, the group takes influences from other sources and applies that Appalachian style, as they’ve done with their first radio single, a grassy version of the Steve Miller Band’s “Dance, Dance, Dance.”