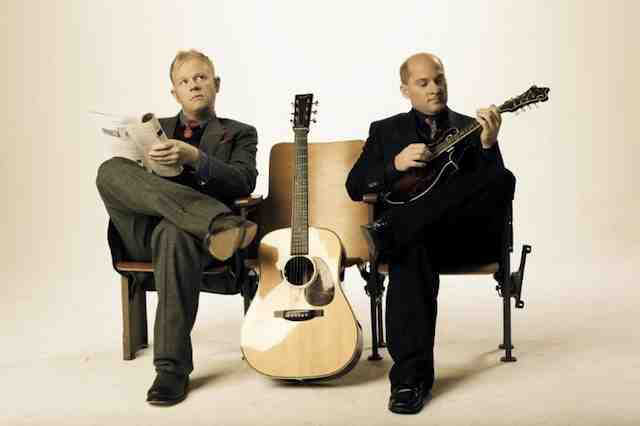 APA Nashville had announced that they have signed Bluegrass superstar duo Dailey & Vincent to their roster. The bluegrass duo, celebrating its fifth anniversary, has earned two Grammy nominations, three consecutive IBMA (International Bluegrass Music Association) Awards for Entertainer of the Year and three awards for Vocal Group of the Year, respectively, and over 40 other awards and honors. They have multiple #1’s and currently have two albums in the Top 10 on the Billboard charts.

I am thrilled to have the opportunity to represent the award-winning and multi-talented Dailey & Vincent. Adding them to our roster will open many exciting doors of opportunity in the future – APA’s Cass Scripps.

Dailey & Vincent’s current single, “Steel Drivin’ Man,” was the #1 most-played song on Bluegrass Today’s monthly chart in April and marked Jamie Dailey’s first #1 as a songwriter. The video premiered on CMT Pure and remains an ongoing top-trending clip. Their new CD, Brothers Of The Highway, is currently #2 on the Billboard Bluegrass Albums Chart. In addition, The Gospel Side of Dailey & Vincent is currently sitting at #7 in its 69th week of activity on the Billboard Gospel Albums Chart.

We are excited to be working with some of Nashville’s finest and hardest-working agents – Jamie Dailey.
We are looking forward to a great future with a fantastic group of folks at APA Nashville – Darrin Vincent.