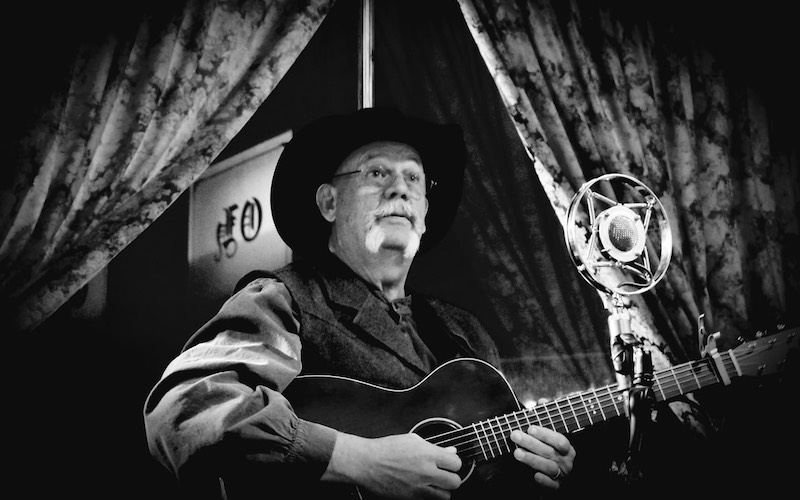 David Stewart is the Walking Cowboy, a title he picked up on his trek by foot, from his home in Wyoming to the Grand Ole Opry in Nashville. When he got to Nashville, he was asked to perform in acknowledgement of both his talent and his love for the historic music venue. It was a labor of love, a 1600-mile trek by foot, and kicked Stewart into the media spotlight in 1988. Just after, his book Heart and Sole sold over 44-thousand copies and his creative meanderings have yet to slow down.

Now known for his 15 years of weekly appearances at, and deep involvement with, the historic Occidental Hotel venue in Buffalo, Wyoming, Stewart has written many chart-topping hits, including cuts recorded by artists such as Tanya Tucker and Eddie Raven, and currently popular acts including Lonesome River Band, Carolina Blue, and Lorraine Jordan, whose Stewart-penned Bill Monroe’s Ol’ Mandolin saw significant success over the past year.

Stewart signed on to a one-record deal with Turnberry. The first single from the 10-track release is titled All Grassed Up. The single and album were created with notable producer Greg Cole, whom Stewart calls “a master.” It was recorded at Slawdawg Productions in Smyrna, Tennessee.

Based in Rancho Mirage, CA, Turnberry Records & Management grew out of a desire to create an environment that would allow musicians and artists to reach broader audiences, without standing in the way of their future. By using flexible and inventive strategies, they are changing the game and allowing artists to create while remaining relevant in today’s constantly changing business environment.
Learn more at www.Turnberryrecords.com