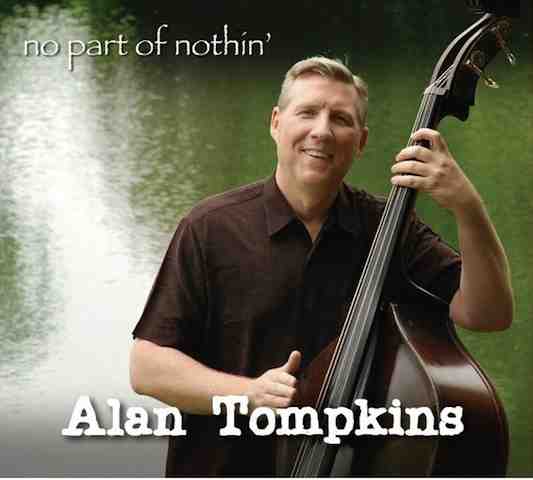 The first single release, This World Is Not My Home, includes Alan on vocals with Deryl Dodd singing harmony, as well as Randy Kohrs on resophonic guitar, Ned Luberecki on banjo, Stephen Mougin on guitar, Gerald Jones on mandolin, and Mike Bub slapping the upright bass.

“Amanda and I had a great time working on this project with Alan and all the great players, and we are really pleased with how it turned out –  Kenny Smith.

Bluegrass Today calls Alan Tompkins “a true Renaissance man” and the title certainly fits.  A native of the farming and coal mining country of western Kentucky, Alan grew up steeped in the sounds of classic country, gospel, and bluegrass music.  He performed in several bands in his home town of Madisonville, Kentucky before moving to Texas in 1983, where he would earn MBA and law degrees at SMU.  Alan is the founder and President of the Bluegrass Heritage Foundation, a non-profit charitable organiza­tion dedicated to the preservation and promotion of bluegrass music in America.  The Foundation produced and distributed Fanning the Fire, an award-winning short documentary film that has screened in more than 20 film festivals across the United States, in 2011.

Please visit AlanTompkins.com where you can buy the new single available as a digital download or order your copy of the album No Part of Nothin‘ releasing June 5, 2012.  The album is now available free to radio at airplaydirect.com/alantompkins.

For more information about the Bluegrass Heritage Foundation and Fanning the Fire is available at BluegrassHeritage.org.