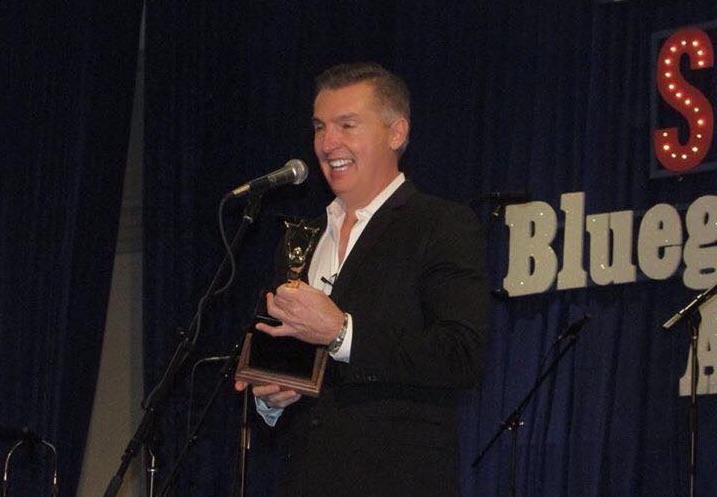 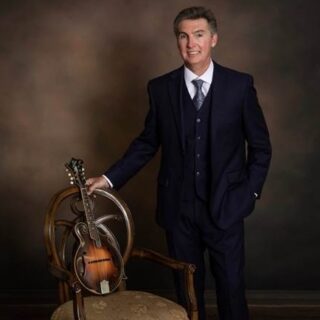 A new song is available today from Alan Bibey & Grasstowne.

Hitchhiking to California is Alan Bibey and Grasstowne’s first release on Billy Blue Records and will appear on the forthcoming AB&G album.

Alan shares some history behind the new single. One of Bibey’s favorite bluegrass bands has always been Boone Creek. Wes Golding played guitar in that band, and when the group broke up, Golding moved back to North Carolina, to the area where Bibey was raised. Golding was something of a hero to young Bibey, who was thrilled to be invited to play in a regional band that included Golding. At that time, Alan was just 16 years old. The seeds of a lifelong friendship had been sown.

With Wes Golding’s blessing, Bibey and Salley wrote a new verse and reworked a few other things in the song for its new release.

A few years later, I began playing professionally with the New Quicksilver. We recorded I’m Country and Hitchhiking to California, both Wes Golding originals. That was back in 1985. So when we started this new project, I had the idea to redo the song, and Jerry [Salley] and I both agreed we’d love a third verse.

Writing with Wes a little in the last few years has been awesome,” Bibey says. “He told me it’s the first time he’s co-written with anyone since he and Ricky Skaggs wrote ‘One Way Track.’ Now, that is very cool, indeed. Wes is a dear friend, and I’m happy to include this song on our new album.”- Alan Bibey.

Newly signed to Billy Blue records, Alan Bibey is currently finalizing the rest of the forthcoming album, which is slated for an early 2021 release. 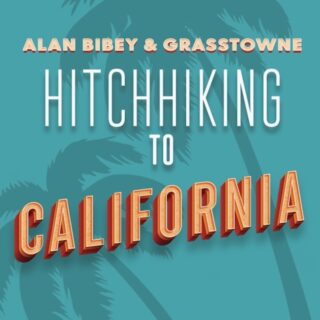 Bibey’s highly-awarded history includes being named 2019 IBMA Mandolin Player of the Year as well as previously for Instrumental Album of the Year, Album of the Year and Recorded Event of the Year. Additionally, Bibey was voted Mandolin Performer of the Year by SPBGMA six times, including 2018, 2019 and 2020. He was also included in the Mel Bay book, “Greatest Mandolin Players of the Twentieth Century,” and in 2004, the Gibson Company put into production the Alan Bibey Signature line of mandolins, reaffirming his status as one of the most influential mandolin players in Bluegrass and acoustic music history.

Since first hitting the scene in the early 1980’s, Alan has made a name for himself as one of the most creative and technically gifted mandolinists in bluegrass and acoustic music. He was an original member of the ground breaking bands; The New Quicksilver, IIIrd Tyme Out, BlueRidge and for the last eight years the band Alan Bibey & Grasstowne.

Some of Alan Bibey’s Accolades include:

In early 2004 the Gibson Company put into production the Alan Bibey Signature line of mandolins, reaffirming his status as one of the most influential mandolin players in bluegrass and acoustic music history. Some of his most recent accolades include numerous #1 albums and songs, including his writing and performance on the latest Alan Bibey & Grasstowne singles, Cold Dark Ground and This Old Guitar and Me. His project with Wayne Benson, called the Mandolin Chronicles, was nominated last year for five IBMA awards.

Alan currently plays with his band Alan Bibey & Grasstowne, with their CD Alan Bibey & Grasstowne 4, yielding three #1’s and all 12 songs from the project charting on Bluegrass Today’s Airplay Chart. Their latest project with Mountain Fever Records Gonna Rise and Shine continues to impress with such hits as Gonna Rise and Shine and When Jesus Swings the Wrecking Ball.

Alan is also currently working on several album projects for various artists which he produces in his studio, Maggie’s Crib, in Surfside Beach, South Carolina.