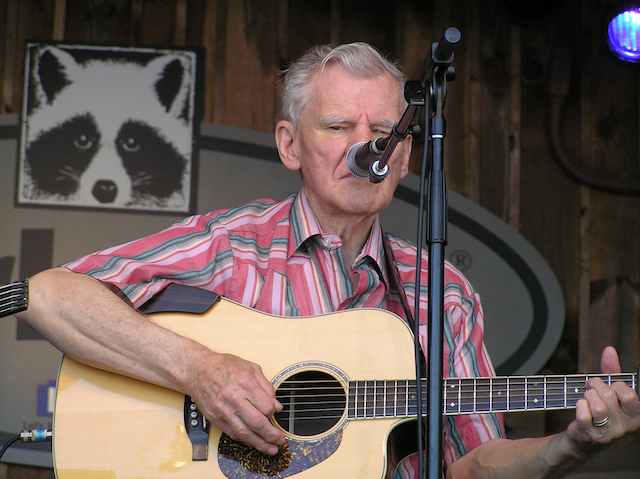 It seems to be a truism, certainly one often quoted to me, as: “when you lose one of your senses the others sharpen and compensate for the one lost.” This particular piece of folk wisdom has never really struck a chord with me. I know, for instance, of many blind people whose sense of direction or spatial orientation is not above average and who don’t appear to have developed remarkable skills or talents in any particular area of living.

Another comment goes along the lines of: “well, without your eyesight you don’t have the distractions that we in the visual world do” , perhaps there may be some truth in this. We live in a world so dominated by visual impression and information often to the detriment of the perhaps subtler and more sensitive information about people and the world around us that our other senses are endeavouring to communicate. Nonetheless, for whatever mixture of reasons, there are many blind or vision impaired people who are musically or artistically brilliant, outstanding communicators, teachers, business leaders, and so on. We often say that such people are “gifted” and quite possibly they are, the brain being better able to focus its immense drive and energy in specific channels that may otherwise have become blurred or less effective under the sheer weight of visual information.

Arthel (Doc) Watson lost his sight at the age of one. His parents were determined that he should learn to play music, harmonica initially, later claw-hammer banjo, the better to give him a hand when out in the world beyond his family. His encyclopaedic knowledge of early recordings of the old-time or roots variety would allow him later on to play and sing from a hugely recalled repertoire of music which may otherwise have disappeared from our knowledge.

Folklorist, Ralph Rinsler came down to North Carolina in 1960, principally to meet and record Clarence Ashley, doyen of old-time songs. Rinsler was initially reported to have found Doc almost too good to be considered a genuine folk musician, an impression which he radically amended later.

Living in Australia, I first came across Doc when presented with one of those wonderful big, thick Folkways covers, with an equally thick twelve-inch record in one pocket and copious liner notes in the other. The second track ion the album was Doc, performing Every-Day Dirt, a rough and ready old song. However it was not so much the singing or the lyrics that captured me so completely but the scintillating guitar taking him at breath-taking speed through the song. Here was someone at the peak of his artistry and in complete control of anything he sang or played.

From there it was a short if tantalising wait till the first of a series of wonderful Vanguard records came along. Doc’s clear, down-to-earth, confident voice and unmistakably phenomenal playing was there on every track and would ever more remain so.

When I won a scholarship to work in Denver, Colorado, in 1981, my wife and I went along to see Doc with, I think, Merle and T. Michael Coleman at a nearby theatre. Doc had laryngitis that night and couldn’t sing, something my wife has held against him ever since, and yet there was his wonderful playing just rolling on through the night. I never actually met or spoke to Doc at length but in 2007 journeyed across to the Black Mountain Festival in North Carolina. By the time we arrived the festival had ended, but we managed to race up the hill, jump out of the cart and say hello, exchange a few words before Doc was whisked away: an anticlimax? Quite the opposite; it was a high and unforgettable experience.

For over half a century Doc was, and of course shall remain, a hero of mine. If his lack of sight focused and gave him the tremendous drive to conquer all obstacles, so be it, but his blindness was completely irrelevant to every aspect of his life, whether thrilling his audience or fixing shingles on his roof. As a musician without peer he was, simply, the best of the century.

Along with countless others, I am very sad he has gone.

Thanks Geoff. “Pioneer” and “Legend” hardly do Doc justice but, “The Best of The Century” says it all.
Geoff Morris presents two three-hour radio shows each week. These are scheduled on Mondays from 8:00pm and Fridays from 6:00pm, Eastern Daylight Saving Time (U.S.). They are  called Wall-to-Wall Bluegrass and feature on www.worldwidebluegrass.com – Editor.