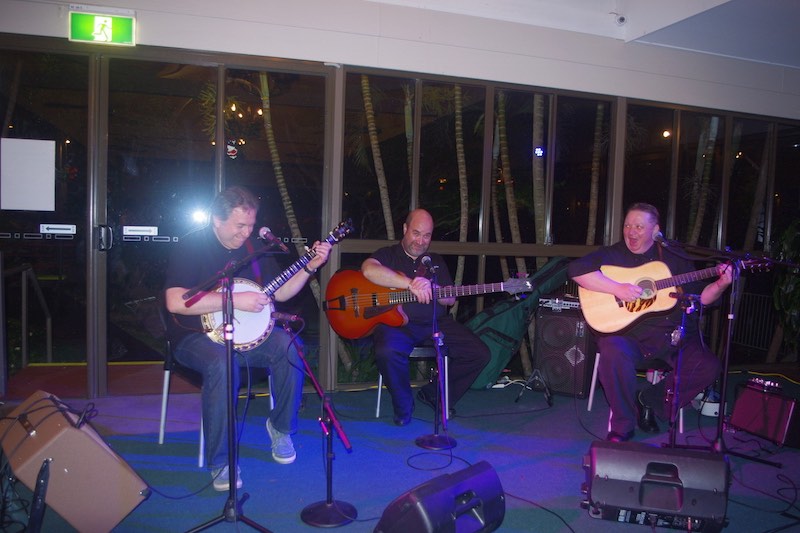 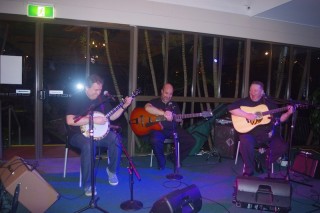 Maleny is a popular tourist spot atop the mountain range some 20klm inland from costal city of Caloundra. Caloundra is the southern most coastal city on Queensland’s beautiful Sunshine Coast which boasts of a laid-back lifestyle centred around pristine beaches, freshwater rivers, lakes, subtropical forests and warm sunshine.

Maleny’s Tranquil Park Resort, overlooking the Glasshouse Mountains, played host to the opening of the 7th Australian Banjo & Bluegrass Conference – although it could rightly be named an “Australasian” conference with regular attendees arriving from New Zealand each year. The now annual conference is an initiative of Bellbird Banjos which kicked off in 2009 by Peter Nahuysen and his brother Mark.

This year’s event sees a collective of almost 90 people gathered in Maleny. They will attend workshops and masterclasses delivered by sixteen instructors, five of whom have come from the USA.

Last year’s conference featured Jens Kruger on banjo who, so taken with Australia and the conference, promised to return this year with his band The Kruger Brothers. The conference opened last night with a warm welcome and general program introduction for the weekend from Peter Nahyusen. Peter gave a huge and enthusiastic welcome to the international guests Mark Miracle, Ross Nickerson and Kruger Brothers’ Jens Kruger, Uwe Kruger and Joel Landsberg.

Last night’s opening concert featured The Nahyusen Brothers on banjo and guitar with Mark Miracle on mandolin and Peter’s daughter Anita Nahuysen on double bass. Ross Nickerson followed solo on banjo and then the Kruger Brothers who closed the night leaving the many inspired musicians in the audience to jam on into the night. A fitting start to a weekend of bluegrass music in the mountains of the Sunshine Coast.