The Australian Bluegrass Blog readers have enjoyed their whacky posts and sense of humour sometimes afforded us by the Cowtippers, a conglomerate of musicians from a variety of backgrounds that perform in Adelaide and surrounds. 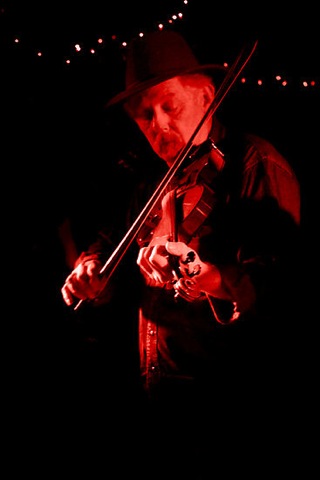 The group consists of: (pictured top to bottom)

I caught up with the group this month and put a series of questions to them just like a real journalist. But, unlike most journo’s, I don’t have a political axe to grind or a hidden agenda.

The Cowtippers, – sometimes called Cowtripers, Cowpushers and Travelling Cowhides, have been playing together for some 18 months. Diana, the groups bass player comments that; “surprisingly they still like each other most of the time”.

I asked whether their music comprised of mainly bluegrass music?

That’s a contentious issue was the response. ” y’see, the folkies call us bluegrass, the bluegrassers tease us about having a bit of country stuck to the soles of our boots and the country mob, well, they think we are a bunch of folkies. But that’s okay, because it means we get invited to 3x as many parties”.

How did the group get their start?

Rick and Henk fell into step some years ago at Frances Folk Gathering, a great little festival that almost straddles the SA/Vic border.

The scratch band they were playing with won the almost fanatically contested Mixed Grill competition with a raucous rendition of Living Next Door to Alice rewritten to Frances, where the hell is Frances? The song went down so well that it has virtually become the informal anthem for Frances Folk Gathering.

Pumped up with their ‘Frances’ success, Henk and Rick performed together in various arrangements including a folk trio called Murphy’s Law with singer/guitarist Dave Heslop. Murphy’s Law by this time was already moving away from its Irish roots with a fair splattering of bluegrass through its repertoire.

It was about this time that Rick’s long-suffering partner Diana got fed up with being a band widow. Deciding she’d had enough of buying the beer, holding the instruments and being the designated driver, she swapped her tin whistle for a double bass and three chords later, she was in. With the new direction heading quickly towards bluegrass and country, a new name was needed as the band were still playing to audiences who would scratch their heads and wonder what had happened to Fields of Athenry and Dirty Old Town. And so bones of The Cowtippers began to harden.

The band found a welcoming market for their style of bluegrass and picked up regular gigs around Adelaide. With the departure of Dave Heslop and the arrival of John Hyland, the new direction was cemented. John Hyland not only brought to the band his smooth vocals and mean Dobro, he also brought to the band a sometimes challenged belief that the band required practice, 8 hours sleep a night, occasional periods of sobriety and the ability to sing in tune. Go figure?

I asked the Cowtippers for some gossip, an embarrassing moment, a never-to-be-forgotten incident or just a good ol’ Aussie yarn. Here’s what they said:

We were performing at Country for Cancer in Mount Gambier before a fair sized crowd. We were halfway through our set when Rick became aware of a cool breeze around his groin area. To his horror, Rick realised that his fly was undone. But even more terrifying, he remembered that he had run out of clean underwear that morning and was now totally commando – Britney Spears, eat your heart out. In true showman style, he did not miss a beat and completed Foggy Mountain Breakdown with his back to the audience before re-zipping. During a gig at our resident venue the Brecknock, we spotted a chap in the audience with a fiddle case. During the breaks we had a chat with our new friend Kevin, a visitor from Ireland. We offered to let him come up onstage for a few tunes, promising we would go easy on him and not do anything too tricky or fast. After a bit of persuasion, he agreed to play and when he did, our jaws hit the floor. This Kevin from Ireland, he was good, bloody good. And so he should be, being that he was none other than Kevin Burke, world-renowned Irish fiddler. Good thing we went easy on him, hey.

ABB: How long have you been playing bluegrass music? Rick: I picked up the banjo about 10 years ago on a cold dark night, and have been fighting with it ever since

Diana: I started on the bass about 3 years ago.

John: Not long enough, but I can now play three chords with my eyes shut.

Henk: Since the Mixed Grill at Frances, so about 5 years.

ABB: What got you started – what was you first bluegrass experience? Rick: Squeal like a pig! (Ed, There’s obviously some childhood repression relating to Christmas hams there)

Diana: I don’t rightly remember what got me started, I just know that I turned around one day and there it was, biting my behind like a rabid dog.

John: watching Deliverance at the flicks – thinking I like the music but not so keen on the dental work.

Henk: Seeing Hamilton County Bluegrass Band live in New Zealand in around 1969. I have been inspired to play bluegrass ever since.

ABB: Who have been the main influences on your music/style?

Rick: There have been heaps of influences over the years, but mainly good pickers I have heard at various festivals and picks.

Diana: I like old rootsy stuff and the modern interpreters, from Woody Guthrie and Ralph Stanley on to Old Crow Medicine Show.