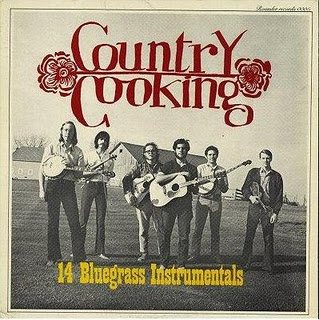 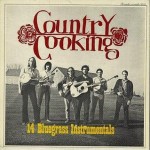 It’s 40 years since the release of the first Country Cooking album, 14 Bluegrass Instrumentals. This album from Rounder Records was Rounder 006 and it did well for the company in its early years, even becoming a Book of the Month Club selection, and reaching sales figures comparable to those of Hot Rize much later on.

The album was a bit of a milestone, one of the first releases ever by a “Yankee” bluegrass band, doing what they specialized in: creative instrumental bluegrass. The centerpiece was a number of twin-banjo arrangements Tony Trischka and I had worked up, and it showcased the first general-distribution recordings of Russ Barenberg as well as early work of Kenny Kosek, and Harry Gilmore, then known as Tersh, and later known as Lou Martin. We had a few original tunes, and the debut of David Grisman’s Cedar Hill, the first Grisman instrumental, I think, to ever to appear on record.

Despite primitive recording technology, the record did well enough to encourage us, and within a few years all the band members were pursuing careers in music, which none of us had even dreamed up prior to our making this record. That says a lot about what Rounder was making possible in those days. 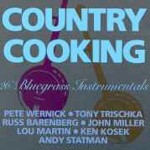 While the LPs are long gone, the CD lives on, bolstered by cuts from later albums and now called 26 Bluegrass Instrumentals.

1971 was quite a year for bluegrass, 25 years after the classic Monroe/Scruggs/Flatt/Wise/Watts band hit the recording studio. Other first rumblings that year were by Newgrass Revival, the Seldom Scene, the Country Gazette, the newly renamed J.D. Crowe and the New South, among others. Note that for the first time in bluegrass, the band names didn’t end with an “s”. Mountain-Boy bluegrass was entering a new stage. And here we are, 40 years later, and it all keeps evolving.

Thanks and congratulations, Rounder – Pete