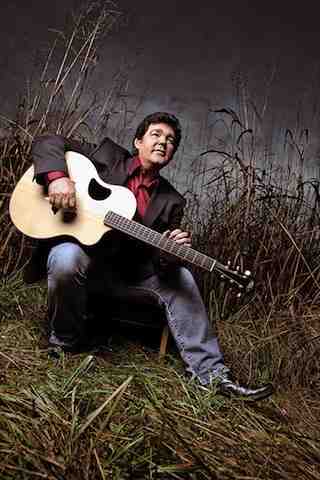 Rural Rhythm Records has announced that Marty Raybon has won 4 Christian Gospel Music (CGM) Fan Awards including “Favorite Song” for I’ve Seen What He Can Do, “Favorite Male Vocalist”, “Favorite Musician” and “Favorite Crossover Artist” at the 4th annual CGM Fan Awards show presented by Christian Voice Magazine.  The Awards were announced during the 2013 CGM Fan Award show at the Smoky Mountain Convention Center in Pigeon Forge, TN on 27th April this year.

I’ve been so blessed this year starting out with a new CD ‘The Back Forty’. One of the four awards at the CGM Christian Voice Awards Show Saturday night, Song of the Year, “I’ve Seen What He Can Do”, going back to back 2012 and 2013…the Male Vocalist, Crossover Artist and Musician of the Year.  A person could not ask for a better way of celebrating 40 years in music, God’s goodness, priceless… Marty Raybon.

This makes back-to-back wins in the CGM “Favorite Song” category.  Marty won the 2012 “Favorite Song” award for I’m Working On A Building which also featured Jimmy Fortune, Trace Adkins and T. Graham Brown.  Both the 2012 and 2013 “Favorite Songs” are from Marty’s 2012 Rural Rhythm Christian release Hand To The Plow produced by Mark Carman. Also in 2012, Marty won the CGM Fan Award for “Favorite Soloist”.  A third song, You Get Me also, from the Hand To The Plow album, is currently at #2 on the Christian Voice Magazine Country Gospel Chart for April 2013.

For more about Marty Raybon visit his website at MartyRaybon.com or visit RuralRhythm.com to learn more about his previous Rural Rhythm albums Southern Roots and Branches, Hand To The Plow and The Back Forty.

Marty Raybon is now on tour with his group “Full Circle” in support of his new Rural Rhythm Records album The Back Forty. Watch for upcoming plans to commemorate Marty’s 40 years as an entertainer.