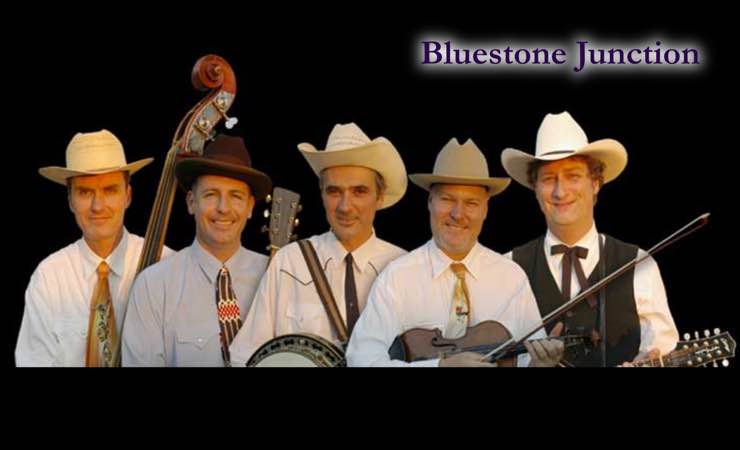 ABOTMA and MountainGrass have also announced that the 2016 IBMA Instrumental Group of the Year winners Frank Solivan and Dirty Kitchen are the headline act for MountainGrass 2017. Since Frank Solivan left the cold climes of Alaska for the bluegrass hotbed of Washington, D.C., he’s built a reputation as a monster mandolinist and become a major festival attraction with his band, Dirty Kitchen. Solivan, with banjoist Mike Munford, 2013 IBMA Banjo Player of the Year, award winning guitarist Chris Luquette and bassist Jeremy Middleton, simmer a Bluegrass/Newgrass stew from instrumental, vocal and songwriting skills so hot, they have been named IBMA’s Instrumental Group of the Year twice, in 2014 and 2016. Prepare to be delighted and wowed by their sweet blend of traditional bluegrass and outstanding musicianship with a contemporary twist.

Award-winning and always crowd-pleasing multi-instrumentalist and songwriter Pete Denahy has brought his friends Montz Matsumoto (banjo, 2017 Tamworth Banjo Champion) and Hiroki Maeta (mandolin) to MountainGrass before, and they blew everyone’s socks off.

This year they are joined by Tomoyuki Murata on guitar, with local Aron Maclean on bass to form a band they are calling “Wide Island.” The band name comes from a literal translation of “Hiroshima,” home town of both Pete’s mum and Hiroki. Wide Island will be releasing their first album, “Going Home,” an album of original songs penned by the band members and recorded in their various living rooms, at MountainGrass. These fast-picking, sweet singing gentlemen are guaranteed to add a truly international flair to the MountainGrass mainstage.

Australia’s own raconteurs, Mustered Courage, have been delivering their diverse brand of roots music and bluegrass that appeals to both traditionalists and newcomers alike. The Melbourne based group that Music Australia Guide describes as “the link between Bill Monroe and Mumford & Sons” has risen to the top of Australia’s folk and roots scene on the strength of their energetic live shows and albums that have won them glowing reviews, loads of radio support and a “Golden Guitar” for Instrumental of the Year 2015 along with a 2015 ARIA nomination for Best Country Album.

In 2016, the band’s supported their latest release, “White Lies & Melodies” on Lost Highway Music with a series of successful Texas style BBQ and music events. As Rolling Stone so aptly stated, “it’s inevitable that this band has a huge international career ahead of them”. Mustered Courage are already fulfilling that destiny with over 100 international shows under their belt.

Bluestone Junction are exponents of traditional Bluegrass music. Sometimes fast and furious, sometimes slow and sweet, their bluegrass music is performed like in the old days – without pickups or amplifiers, and played around a single microphone. They are proudly releasing their third studio album, a collection of good old “Favourites” at the Festival. Bluestone Junction features Chris Jacobs on guitar and main vocal, Donal Baylor on fiddle, Pete Fidler on mandolin and dobro, Mick Harrison on the five string banjo and Mike St. Clair-Miller on double bass.

Live and stomping, The Kissin’ Cousins bring a fresh, youthful Australian sound to traditional American bluegrass and Old-time music. Hard-driving banjo, melodic harmonies, twin fiddles and a whole lot of banter makes The Cousins festival favourites all over the East Coast of Australia. They do the gig that you can kick up your heels to but still bring your mum along.

Other Australasian Artists appearing at MountainGrass in 2017 include:

Harrietville is about an hour and twenty minutes drive from Wangaratta, between Bright and Mt Hotham in Central Victoria. Nearest Town Centre: Bright 24km (hospital, medical centre, supermarkets, Bright markets)
Accommodation for all budgets within 1km of the main venue includes: