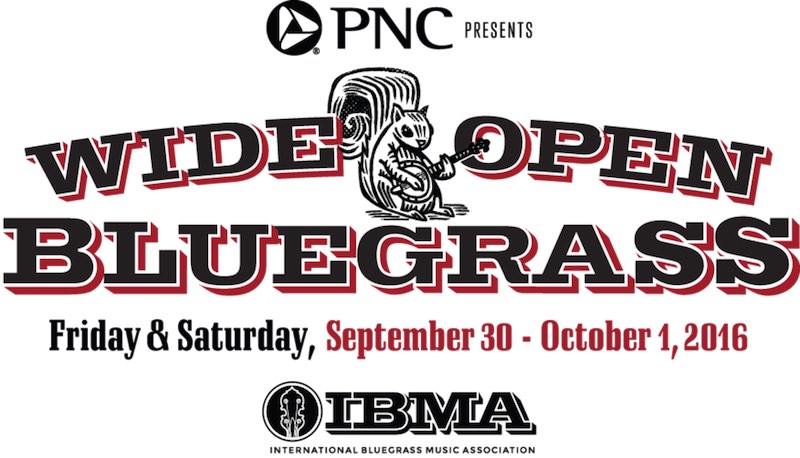 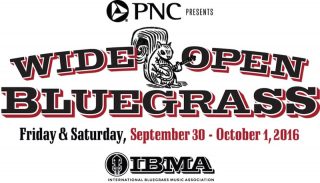 The International Bluegrass Music Association (IBMA) released an initial list of performers for PNC presents Wide Open Bluegrass, which takes place Sept. 30th to Oct. 1st in Raleigh, North Carolina. This year’s lineup showcases an array of bluegrass styles, from traditional to progressive, and from emerging artists to IBMA Hall of Famers.

Wide Open Bluegrass is an urban bluegrass event that includes both ticketed main stage performances at Raleigh’s Red Hat Amphitheater and free stages. A portion of proceeds from the ticket sales of Red Hat Amphitheater go to the IBMA-operated Bluegrass Trust Fund, a 501(c) 3 non-profit organization that provides financial assistance to individuals in the bluegrass music community in times of emergency need.

Wide Open Bluegrass is a remarkable event and an economic boon for our region. Great performers and events are the hallmark of the festival, and this year is no exception. We know all will enjoy the shows in downtown Raleigh. This is PNC Bank’s fourth year as the festival’s presenting sponsor – Jim Hansen, PNC regional president of Eastern Carolinas.

The Wide Open Bluegrass two-day festival is a combination of stage performances not seen anywhere else in the world. We are excited to offer another spectacular Red Hat artist lineup this year, with more special artists and collaborations to be announced. It will be another fabulous weekend of music that also helps an important cause in our industry – Paul Schiminger, Executive Director of the IBMA.

We’re proud to bring a diverse array of musicians to Raleigh, including collaborations you won’t see anywhere else. The festival is a culminating celebration that brings people together to enjoy and appreciate our shared cultural heritage. North Carolina is known for having a vibrant music scene, and this event continues to contribute to making North Carolina a hub for bluegrass and roots music – William Lewis, Executive Director of PineCone the festival director.

Single day general admission for performances at Red Hat Amphitheater during Wide Open Bluegrass starts as low as $60 for the public and $50 for IBMA members. Additional details and pricing information – including member discounts – for Red Hat Amphitheater performances, Bluegrass Ramble Showcase passes, IBMA Business Conference registration, IBMA Award Show tickets and hotel reservations are available at IBMA’s website, ibma.org. Tickets for all events are on sale now and may be purchased at www.ibma.org or 1-800-514-3849.

IBMA is the professional trade organisation for the global bluegrass music community. The organisation’s six-year stay in Raleigh is the result of a partnership with The Greater Raleigh Convention and Visitors Bureau, the Raleigh Convention Centre, PineCone (The Piedmont Council of Traditional Music), the City of Raleigh, and a local organising committee. For more information: www.ibma.org.

About PNC:
PNC Bank, National Association, is a member of The PNC Financial Services Group, Inc. (NYSE: PNC). PNC is one of the largest diversified financial services institutions in the United States, organised around its customers and communities for strong relationships and local delivery of retail and business banking; residential mortgage banking; specialised services for corporations and government entities including corporate banking, real estate finance and asset-based lending; wealth management and asset management. For information about PNC, visit www.pnc.com.