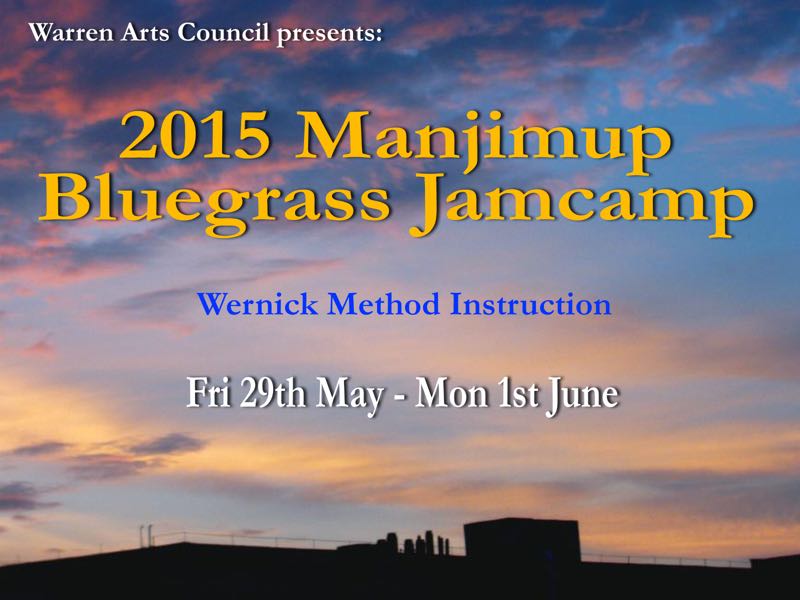 The Warren Arts Council have announced that enrolments for their 2nd jam camp are now open. 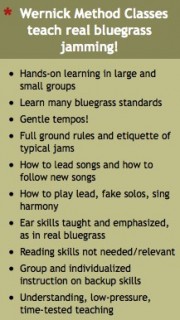 Jamcamps Australia has posted details of the enrolment process on its website for the Warren Arts Council. The camp is scheduled for three nights and three days from Friday 29th May to Monday 1st June this year.

The camp will feature a Friday night post dinner get-together jam. The camp tuition will start on Saturday morning at 9:00am (after breakfast) with group sessions, small-group practice throughout each day until late Monday morning.

This year’s camp includes all tuition and accommodation, as well as breakfast and dinner for the three nights and days from 29th May to 1st June. Both shared and (some limited) single accommodation are available at the Manjimup Hotel.

The camp commences with a get-together and welcome jam on Friday night after dinner at the Manjimup Hotel.

Bookings are now open and deposits are being accepted via the Jamcamps Australia  website.

Wernick Method Jam camps and day sessions have been operating in Australia since 2007. There have been several camps run in Victoria, Queensland and Western Australia. future camps are being planned for NSW an South Australia.

Visit the Jamcamps Australia Website for details of the Wernick Method and to read of student’s testimonials from previous camps.