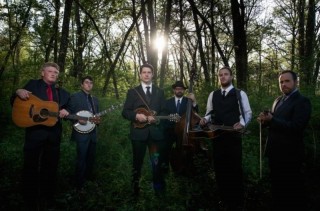 The 2014 13th Annual Dorrigo Folk and Bluegrass Festival is shaping up to be one of the best yet we are told. They have announced an exceptional line-up and some new surprises in store. Like many successful festivals, organisers plan improvements each year to improve on previous years. This year appears to be no exception.

This year the festival organisers will be extending the scope of The Dorrigo Folk and Bluegrass Festival by featuring more brilliant performers from the USA – home of Bluegrass and Old-Time mountain music, adding their extra dimension of experience and authenticity to the mix.

As well as the Main Pavillion Stage, the recently renovated Luncheon Pavillion Stage, and the “Tallowood Venue”, we will also have a new “Mini Big Top” Circus Tent Venue, allowing for more intimate acoustic performances, and more “blackboard spot” opportunities.

Some of the acts announced so far include: 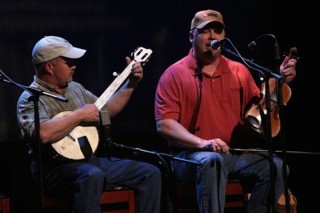 Chris Henry and the Hardcore Grass. A band that has risen quickly to become one of the most popular bluegrass groups in Nashville. Chris Henry has been described by the International Bluegrass Music Association as the premiere Monroe-style mandolinist of his generation. After receiving a Song of the Year nomination for writing the song “Walkin’ West to Memphis”, his skill as a songwriter has been receiving national attention as well.

Hardrive Bluegrass Band. This is one of Australia’s foremost traditional Bluegrass bands, playing standard bluegrass repertoire as well as Australian Original songs and tunes in a hard driving bluegrass style.

Kirk Sutphin and Eddie Bond. Here are two Masters of Old-Time Fidldle and Banjo. They hailing from the Blue Ridge Mountains of Virginia and steeped in the Round Peak, Galax and Mt Airy Old-Time music styles and traditions. Kirk Sutphin and Eddie Bond aquired their nickname while travelling around the US with the acclaimed “Music from the Crooked Road: Mountain Music of Virginia” and the “Roots of American Music” Tours. They seemed to pop up in so many of the tour’s musical line-ups that the other performers began to jokingly call them The Stage Hogs. Now they have made the name official…

Colin O’Brien, who playfully delights his audiences with catchy melodies, groovy rhythms, soulful lyrics, fancy footwork and old time hat tricks. His banjo, fiddle and guitar playing, percussive dancing, and lyrics all express an earnest regard for the traditional, natural and true. His music is informed by the past and speaks to the present.

Here is a short video documentary that captures the essence and atmosphere of the Dorrigo Folk and Bluegrass Festival produced by Kelly Stoner: