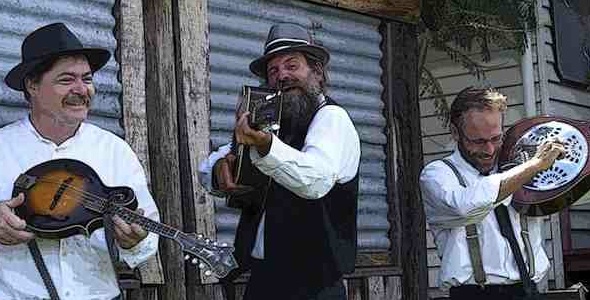 The 2012 Imbil Festival is almost upon us and we have received some news of the finalised program and other details for circulation.

Many of the following acts have been confirmed with the exception of The Famous Jimmies. But word has it that if they wish to remain famous they will certainly confirm their attendance at the 2012 Imbil Festival.

There will be workshops Saturday morning, including Wendy Holman’s monster workshop, ukulele, mandolin, slide guitar, times yet to be finalised.

Friday night, a jam in the shed.

Sunday morning we have the Poets Breakfast as usual, followed by a blackboard jam for a few hours.

There are no restrictions on music for the whole weekend, but on Sunday night, the music must finish at 10.00pm as per every other year as per park rules.

There will be a charge of $10.00 upon entry to the park for the weekend to cover musician costs and this will be collected by park management at time of entry.

This is a fantastic weekend which has been running for 19 years along the same lines and will not be changed in any way.  It is all about musicians getting together and having fun.