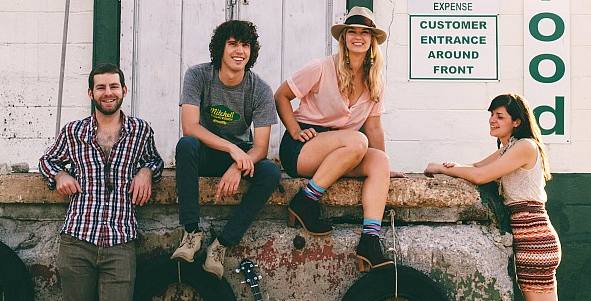 Here is the latest update from the Dorrigo Folk and Bluegrass Festival scheduled for the end of this month. The festival has one of the biggest lineups even with components of international, national and local acts lined up to perform, teach and thoroughly entertain.

Headlining to roster this month will be International band The New Worlds.  Their name promises discovery expectation and the band has dug deep into the musical past of North America to bring us their versions of their country’s ageless music traditions. 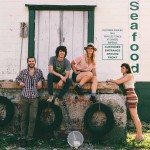 Dave Goldenberg, who is returning for his second tour of Australia, is a graduate of the Berklee School of Music in Boston, and is a past winner of the Rockygrass Mandolin contest and the Telluride Bluegrass Contest.

Christian Sedelmyer, originally from Erie, Pa, is most well-known for his years as a member of acoustic pop group The Farewell Drifters and is currently touring part-time with Australian Bluegrass sensation The Greencards.

Rachel Baiman, a two-time Illinois State Fiddle Champion, is a graduate of Vanderbilt University with degrees in Music and Anthropology. She is a founding member of acoustic quartet Belfry Fellows as well as 10 String Symphony, Christian and Rachel’s duo fiddle/voice project.

Jackson and Martha have played concerts, major festivals, workshops, and dances throughout the United States, UK, Ireland and Australia.

Ross Nickerson will also feature in this year’s festival and Ross is no stranger to Australia having been a regular instructor at the annual Australian Banjo Conference and running workshops and concert appearances across Australia. Ross is the author of the top-selling banjo book, The Banjo Encyclopedia “Bluegrass Banjo from A to Z” He has also written and recorded many other books, CDs and DVDs designed to help banjo students save time and learn the fun of playing 5-string banjo easier. Ross is a full-time musician and on the road ten to fifteen days a month performing concerts, teaching banjo workshops and reaching new audiences. He has been selected as a faculty member for many prestigious bluegrass and banjo camps and is the founder and coordinator of the Nova Scotia Banjo Camp and the annual BanjoTeacher.com Banjo Cruise.

Next up is a band that is gaining momentum in Australia with their highly polished brand of bluegrass, Mustered Courage. Two long-term friends have worked to blend modern song writing with the instrumentation and energy of traditional bluegrass music. They are heading of the gap that separates traditional bluegrass music from the Australian alternative music scene. Mustered Courage performed at this year’s Redland Festival and were an instant hit. Their youthful brashness coupled with outstanding musical ability saw them leave their mark in south-east Queensland. This band will be a regular feature in Australian festival scene and no doubt will enjoy some international success should they so choose.

Also featuring on the Dorrigo program is The Company, a Brisbane-based bluegrass band with a passion for high-energy acoustic music. From blindingly fast finger-picking to soulful songs with four-part harmony singing, this band leaves do doubt about their musical skills. They’ve appeared at a variety of major festivals in Australia and the UK and feature two Australian Bluegrass champions on guitar, fiddle and banjo, finalists in mandolin not to mention several awards to their names from major music festivals in Australia. The Company includes George Jackson on fiddle and banjo, Michael Patrick on mandolin and fiddle, Markus Karlsen on Bass and Jamie Clarke on guitar.

Guitarist and songwriter Innes Campbell is also on the bill. His quirky, satirical, introspective songs and award-winning virtuoso flatpicked guitar playing have featured on two critically acclaimed CDs, and he has been delighting crowds on two continents for the last three years.  Innes also plays mandolin and Dobro.

Stylistically his music is hard to pin down – think roots and bluegrass mixed with pop and electronica with blues and folk and you’re getting closer….but with heroes as disparate as Bill Monroe, the Strokes, Radiohead and the Aphex Twin what comes out is something altogether different; engaging, musical and fun.

There is a wealth of talent heading to Dorrigo for the 26th to 28th October. You can see the full lineup on the Dorrigo Website.