1,000 Broadcasts For Music From Foggy Hollow 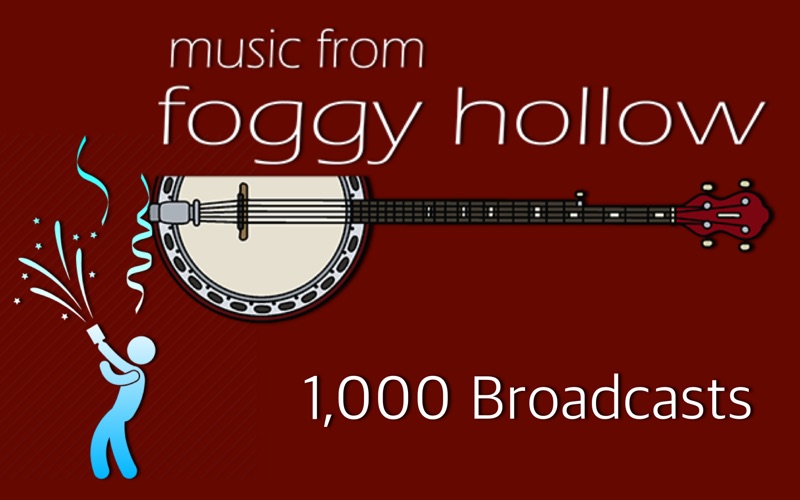 We set about to delve into the origins of the show Music From Foggy Hollow and for some more information on Mike’s own history as recently awarded IBMA Broadcaster of the Year.

Mike where are you from originally?

I am from New Zealand. I came to Australia with my wife and an 18 month old child in April 1981.
I was working for an American IT company, and transferred to Australia. I now have 2 sons and 3 grandchildren. 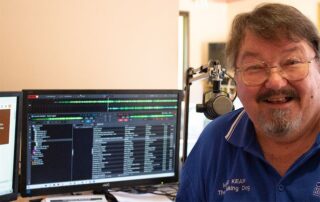 What about your interest in Bluegrass music. Where did that come from?

I learned about, and grew fond of bluegrass music in the 1960s from the NZ band Hamilton County Bluegrass Band and they are still operating and filling theatres throughout NZ.

What got you into broadcasting to the USA?

I became active in an online email bluegrass community (BGRASS-L) in mid 2000 got a phone call out of the blue from Gary Henderson of WAMU’s Bluegrass country asking would I do a show for them for 3 weeks.

I’m still doing that. I think I’m past the ‘trial stage’ now.

Your radio show is about to hit a significant landmark is that right?

Yes, this week in Sydney I record show number 1,000 which will play in Washington DC on Bluegrasscountry.org at 10:00am Sunday 20 Feb (US Eastern Time) and again at 7pm Tuesday Feb 22 (US Eastern time). 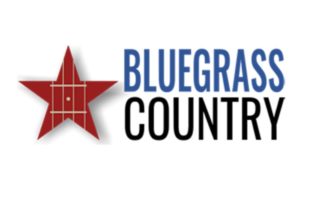 Having spent five years broadcasting a bluegrass radio show myself, I know that 1,000 radio shows – Music From Foggy Hollow – represents a long time on air not to mention the preparation for each show.

How can we listen to your broadcasts Mike?

Anyone can listen to the recording session live on https://hawkFM.com.au at 10pm Friday 11 Feb (Sydney Time) or 6am Friday 10 Feb (US Eastern time) (Or see the link on facebook. )

The show will be mostly interviews with long-time listeners, and some very recent bluegrass music and a bit of goofing around (I accidentally became famous for stupid ‘dad jokes’ and now they’re an integral part of the show. Many listeners keep me supplied with new jokes all the time)

How does your program end up in the USA?

Early on I had to record my Sydney show on to an analog minidisk then put the disks in an envelope and mail them to Washington DC. Washington show was about 6 weeks behind the Sydney show.

Today though it’s all digital. I send the show to Washington DC by Internet after editing out the Sydney news, weather, local advertisements , PSAs etc. 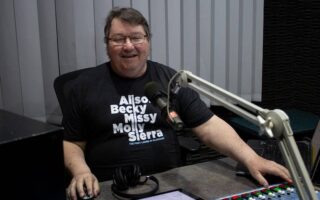 How often and when is Music From Foggy Hollow broadcast in the USA?

Nowadays the USA shows air weekly, one week after the Sydney show.

What’s can we expect to hear on Music From Foggy Hollow?

I decided early on that the show should focus on new releases because most of the existing shows seemed to be oriented towards the original generation of bluegrassers.

About 90% of the music on the show has either not been released yet or released in the last 8 weeks.

I cover all the spectrum of bluegrass (or near-bluegrass) – from the hardcore old style bluegrass to progressive almost jazz, acoustic country, old time.

I have to walk a tightrope to satisfy the restrictions on the various stations that carry the show: no advertising on most; limited Gospel music on all stations; copyright restrictions; I cannot play more than 6 tracks from an album in one show and in Australia I can’t play music without supplying songwriter details during survey weeks

Do you have an online presence?

I have a website for the show at http://atalkingdog.com and list every song ever played on the show there, with a link to where the music can be obtained from.

Thanks Mike, and all off the very best for your 1,000 broadcast and for the future of Music From Foggy Hollow.