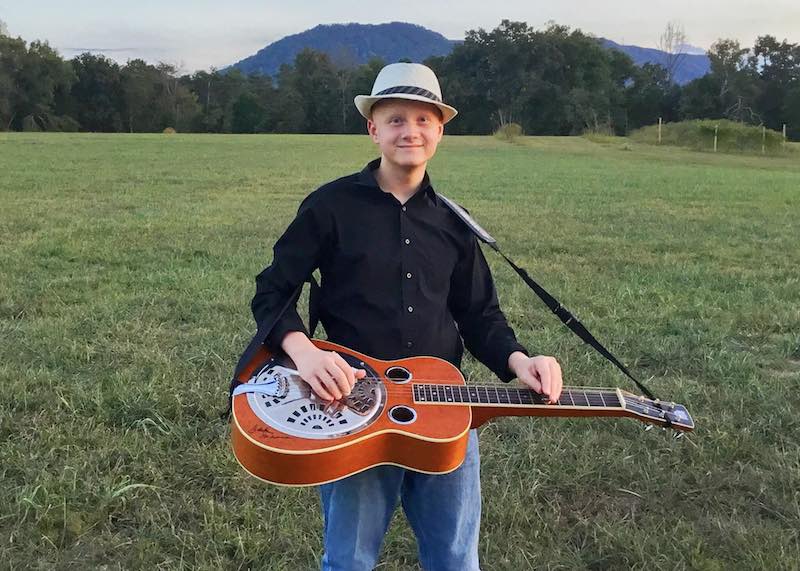 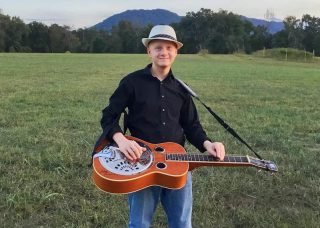 Thirteen-year-old Duncan Stitt took home a first-place prize from the 45th Annual RockyGrass festival, making him the youngest contestant to ever win an instrument contest at the internationally-acclaimed bluegrass festival in Lyons, Colorado.

After a blind judging on July 29, Duncan was awarded the grand prize for the Dobro resonator guitar contest – a Beard Jerry Douglas Signature Blackbeard guitar valued at nearly $4,000.

Contestants were scored based on the following criteria: 25 percent tone, 25 percent rhythm, and 50 percent overall ability, including difficulty, expression, and execution. Judges were in a separate building and only knew contestants by their entry number. 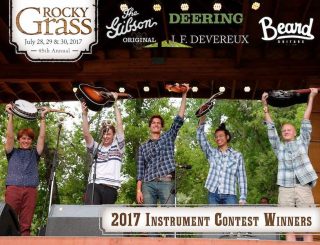 An emblem of musical excellence in the bluegrass festival world, the RockyGrass instrument contests have launched the careers of several notable bluegrass stars. Past finalists include bluegrass icons Mark O’Connor, Tim O’Brien, and Sarah Jarosz.

Although Duncan has only been playing Dobro guitar for just over two years, he has already made large strides in his musical career. He was recently awarded the 2016 Houston Caldwell Scholarship, which provides free tuition to the ResoSummit instrumental camp in Nashville for a promising Dobro player under the age of 18; and he also performs in the band Grassically Trained with his father, Kipper, and two brothers, Brandon and Caden.

His instructor Phil Leadbetter, Grammy nominee and two-time International Bluegrass Music Association (IBMA) Dobro Player of the Year, says that Duncan has “so much natural talent” and “he has a great future ahead.”